Moshe Simon-Shoshan shows how Rashi’s story about the death and downfall of a woman named Beruriah attests to the rabbis’ own anxieties about the place of women in halakhah.

"Do not be saddened or troubled, good sister. Your brother will die today as a good Jew." These are the words reportedly spoken by a fourteenth-century mendicant friar, just before taking his own life. He had declared his conversion to Judaism, and despite his sister’s tearful entreaties, he chose a public and violent death over forcible return to his order. One Avraham ben Avraham Avinu, whose dramatic and literally iconoclastic antics made him the subject of at least three contemporary reports, did the same.

On Holiday with Benjamin of Tudela 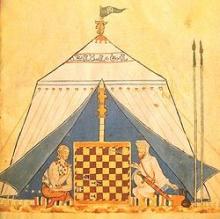 It is summer, and as the fortunate among us head to familiar summer haunts—redolent with the smell of hedgerows and the feeling of warm earth under bare feet, once again appreciating sundown and turning the pillow to the cool side—it seems apt to reflect on the many ways in which travel is something quite qualitatively different from movement through space. 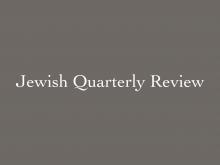 Love Is in the Air, and Also in the Ninth Mahberet 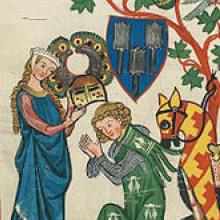 Valentine’s Day seems a good time to draw attention to a pair of essays that appear in JQR on the theme of true love—one in...
Category
Jewish Quarterly Review 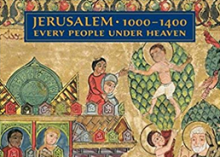 This week marked two years since the closing of the Metropolitan Museum of Art’s special exhibition on the city of Jerusalem in medieval art...
Category
Jewish Quarterly Review 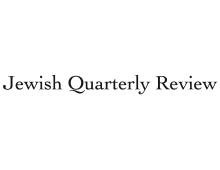