Rabbi Jill Jacobs’ career is distinguished by a combination of leadership, intellectual engagement, and an abiding passion for justice. In this talk, she will reflect on the Jewish community's role in America's ongoing and mounting struggle with economic inequality. 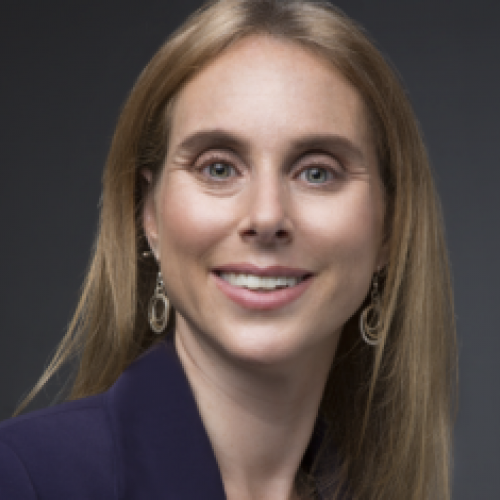 Rabbi Jill Jacobs is the Executive Director of T’ruah: The Rabbinic Call for Human Rights, which trains and mobilizes a network of more than 2,000 rabbis and cantors and their communities to bring a moral voice to human rights in North America, Israel, and the occupied Palestinian territories.

Rabbi Jacobs holds rabbinic ordination and an MA in Talmud from the Jewish Theological Seminary, where she was a Wexner Fellow; an MS in Urban Affairs from Hunter College, and a BA from Columbia University. She is also a graduate of the Mandel Institute Jerusalem Fellows Program. She has been named three times to the Forward’s list of 50 influential American Jews, to Newsweek’s list of the 50 Most Influential Rabbis in America, and to the Jerusalem Post’s 2013 list of “Women to Watch.

Presented in partnership with T'ruah: The Rabbinic Call for Human Rights and the National Museum of American Jewish History.

American Jews and the Future of US Support for Israel >

Dr. Dov Waxman discusses the changing relationship between the American Jews and Israel, and what related trends mean for the future of American support for Israel.