The Aramaic Incantation Bowls: Jewish Society and Culture at a Crossroads

The Aramaic Incantation Bowls were first discovered in the nineteenth century in archaeological digs led by the Penn Museum. Yet these fascinating objects are only now radically altering scholarly understandings of Babylonian Jewish society, interreligious contact and exchange in late antique Iraq, and the rising prominence of the rabbis. 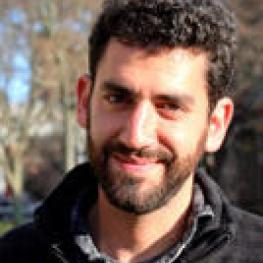 Simcha Gross is an Assistant Professor at the University of Pennsylvania, and studies Jews over the first millennium of the common era in their Roman, Persian, and Islamic contexts. His first book, Babylonian Jews and Sasanian Imperialism in Late Antiquity, will be published by Cambridge University Press. He is currently a member at the Institute for Advanced Study, Princeton.