This course will explore the development of American popular culture and media over the course of the twentieth and twenty-first centuries, focusing particularly on the relationship between Jews and American culture. Through explorations of film, theater, newspapers, television, radio, and more, we will delve into the history of how Jews have been represented in various forms of American media and the various roles Jews played in the production, distribution, and consumption of media over time. In exploring the history of Jews and American media, this course will highlight broader themes in American and Jewish history, including immigration, race, politics, capitalism, and gender. It will also highlight what these various forms of media can tell us about various expressions and understandings of American and Jewish identity. 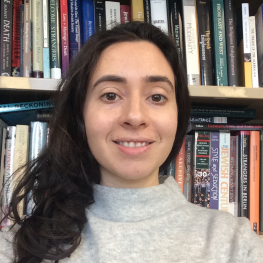 Ayelet Brinn is a historian of American Jewish culture, and her research examines the history of American Jewish print. Brinn received her PhD from the University of Pennsylvania with a dissertation titled “Miss Amerike: The Yiddish Press’s Encounter with the United States, 1885–1924.”

Dr. Keren R. McGinity will share analysis that changes the narrative about Jewish intermarriage in America and her personal experience speaking truth to power.

The Pittsburgh Synagogue Shooting: Reflections from Scholars and Writers on Life before and after America's Deadliest Antisemitic Attack >

This event will commemorate and help digest the implications of the deadliest antisemitic attack in US history, featuring contributors to the newly published Bound in the Bond of Life.