Arye Edrei is a professor of Law at Tel-Aviv University. His main fields of interest are Talmudic jurisprudence and Jewish Law in the 20th century. He also has written on "law and ideology," and "law and memory." Together with Professor Suzanne Last Stone, Edrei is the co-editor in chief of "Dinei Israel," a Journal of Jewish Law, published jointly by the Tel-Aviv University Law Faculty and the Cardozo Law School of Yeshiva University. He earned an LL.B, LL.M and Ph.D at the Hebrew University of Jerusalem and did post doctoral studies as a Harry Star Fellow at the Center for Jewish Studies at Harvard University (1996-1998). Edrei served as a visiting professor at Toronto University Law School (2003); Cardozo Law School (2004;2008); and the University of Pennsylvania Law School (2009;2010;1011). He was also a Senior Fellow at the Institute of Advanced Studies, Hebrew University of Jerusalem (2005), and a Fellow at Oxford University, Center for Hebrew and Jewish Studies. Edrei, together with professor Doron Mendels, is the author of Zweierlei Diaspora: Zur Splatung der antiken Judischen Welt, published in Germany by Vandenhoeck & Ruprecht (2009). Together with Hanina Ben-Menachem he published Windows onto Jewish Legal Culture: Fourteen Exploratory Essays (vols I-II) (Routledge 2011). His current primary project is a book on "Halakhah in the Twentieth Century", which focuses primarily on contemporary halakhic reactions to the Jewish sovereignty. 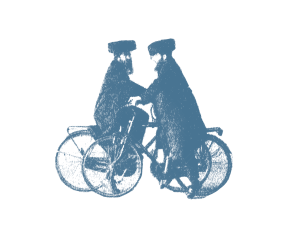 Secularism and Its Discontents: Rethinking an Organizing Principle of Modern Jewish Life

Engaging in a critical analysis of secularization, the secular, and secularism, and their effects on religious, intellectual, and political life.