Why Yahuda? Why the forum? Why in a Wissenschaft issue? A conversation between Michal Friedman and Allyson Gonzalez 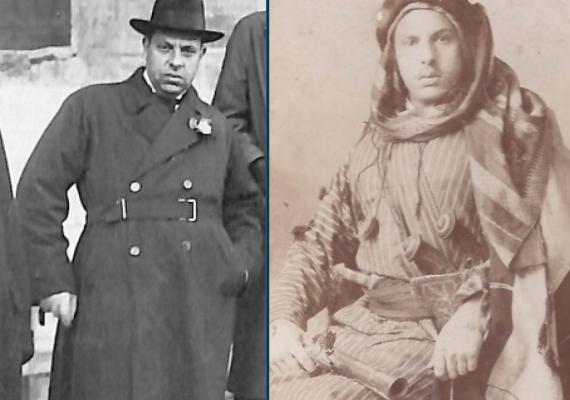 The summer issue of JQR (109.3) trained its eye on Wissenschaft des Judentums (the early scholarly study of Judaism), but balanced a focus on Germany, the dominant interest of most discussions of Wissenschaft, with attention to a fascinating and influential player whose legacy has been resigned to the periphery: A. S. Yahuda. To get a sense of the many ways Yahuda alters perceptions of the history of our field, read the conversation below between Michal Friedman and Allyson Gonzalez, two leading researchers on his fascinating work and life, and the organizers of this issue’s forum, and then read their pieces in the journal itself.

Allyson: We should probably begin by addressing the topic of anniversaries—about how time gets marked, which events rise to the surface, and in what forms. By 2015 it had become evident that the figure of A. S. Yahuda (1877–1951) had largely fallen from history—a person who had numerous ties to Wissenschaft. The question became: How? That’s a lofty way to put things (“fallen from history”), but Yahuda had seen his own historical role in similar terms exactly one hundred years earlier. When Yahuda took up a teaching post at the University of Madrid in 1915, he became the first Jewish scholar to hold a modern Jewish studies chair—a full decade before Harry Wolfson at Harvard (1925) or Salo Wittmayer Baron at Columbia (1930). In Yahuda’s own words, his appointment was a “solemn” moment, the significance of which seemed “impossible […] to explain.”

But in the forum we give it a try. Each of us—Michal and I, as well as Mostafa [Hussein], Stefan [Schorch], Yuval [Evri], and Almog [Behar]—found ourselves working on various aspects of Yahuda’s scholarship, and clearly there were many aspects that were of interest. So, now, we have these overlapping anniversaries: the centennial of Yahuda’s position as chair in Madrid alongside the bicentennial of Wissenschaft itself, dated to Leopold Zunz’s programmatic essay, “On Rabbinic Literature,” in 1818. Things get messier from here.

Michal: Absolutely, messier. I first came across Yahuda while researching my dissertation on the recovery of the Jewish past and emergence of Sephardi studies in modern Spain. At the time I was struck by the absence of Spain in studies of Wissenchaft, and encountering Yahuda made the absence all the more glaring. So I certainly don’t think “fallen from history” is too lofty!

How indeed do we explain that a figure like Yahuda—who was a remarkably erudite polymath recognized by the leading Semitists of his time, like Theodore Nöledeke and Ignaz Goldziher, and who also stood decisively at the crossroads of some of the major political and scholarly movements of the early twentieth century, including Zionism(s)—had been all but forgotten until quite recently?

One of our hopes for the forum was to examine how such forgetting creates a space for us to consider the construction of Jewish studies as a discipline from its inception, as well as how disciplinary conventions and national and imperial geographies serve a narrative of center versus periphery. A figure like Yahuda invites fresh perspectives on ingrained perceptions.

The striking dissonance that characterizes Yahuda’s political and scholarly persona, as well as the way he has been remembered and forgotten, are compelling in themselves. And the recovery of this marginalized and somewhat tragic figure allows for a deeper understanding of the nonlinear dynamics of some of the dominant ideologies and politics of the fin de siècle through the mid twentieth century.

It also became clear that it would take a community of scholars with different expertise and approaches to establish a fuller portrait of Yahuda. Stefan’s expertise in Samaritan studies, for example, positioned him to examine Yahuda’s work in this field as way of illuminating the complicated relationship of Wissenchaft to Samaritan studies more generally.

Allyson: Hopefully this community of Yahuda scholars will continue to grow. The cultural and political aspects of Yahuda’s scholarship in particular caught my attention, as I know happened for many in the group. Here was this figure, who was working at a time of rising antisemitism and great demographic shift, who in his life and work had complex ties to European colonialism in both Africa and India, and to modern imperialism, including in the United States. Despite these various political negotiations, however, Yahuda’s extensive support of Vladimir Jabotinsky, the leader of Revisionist Zionism (and its push for a Jewish state on both sides of the Jordan), still came as a surprise. The fact that the first modern Jewish professorial chair had emerged in Madrid, of all places—where the edict of expulsion from 1492 was still in effect—also took some explaining, particularly as the chair’s creation emerged in relation to some of these political forms.

Michal: If we consider how Yahuda got to Madrid in the first place, we are also struck by how this move was orchestrated by the collaborative efforts of Hungarian-Jewish Semitist Ignaz Goldziher and Spanish Arabist Miguel Asín Palacios, an archconservative who later became an avowed supporter of the Spanish dictator Francisco Franco (r. 1939–1975).

And you and I spent many a conversation trying to parse Yahuda’s complicated politics, not least regarding his trajectory with regard to Zionism(s). As Yuval and Almog argue in their essay on “Reviving Arab Jewish Intellectual Models in a Time of Partitions,” Yahuda’s investment in the recovery of the Judeo-Arabic legacy could function as a means of cultural identification and rapprochement in Palestine/the Land of Israel. Yet how do we reconcile such dedication, including Yahuda’s programmatic suggestions to Chaim Weizmann in this regard, with his full embrace of revisionism? The British MI5 intelligence agency was, after all, tracking his activity on this front, and, as I discovered, he made a harsh allegation that British policy favored Arabs. On the other hand, reading through his correspondence with the British Foreign Office and other documents provides a strong sense of the influence of shifting imperial policies on Jewish imperial identification and political allegiances.

These sorts of tensions also raise interesting questions about the relationship between scholarship and politics, and how we ought to study such connections. I especially appreciate how the pieces in the forum, while complementing each other, also stand in tension with each other around such issues.

Allyson: In concert with Mostafa’s examination of Yahuda’s construction of the (male) “New Jew” as influenced by pre-Islamic Arabic literature, and the Arab al-Nahda circles—which resonates with your piece on Yahuda’s Orientalist scholarly orientation—the role of women in Yahuda’s scholarship also needed consideration. Yahuda brings our attention to various moments made significant by the actions of women: from the Sephardi women he credits with preserving Ladino (or Judezmo) in the increasingly modern home, to the Spanish women who attended his public lectures in Spain, to the striking population of female students in his classrooms in Madrid, whom he and the male students designated the “female rabbis” (las rabinas).

Yahuda appears to be observing a historical shift, not only in his classes on postbiblical Jewish literature in Spain, but also—as the course logbooks show—in the Spanish Arabic literature courses that were taught simultaneously at the University of Madrid. For Yahuda, these various women seem to symbolize a world of change, from increasingly significant domestic practices (Sephardi women’s speaking habits) to the embracing of historical and Orientalist studies (in modern Spain), even as these women were mainly an object of curiosity to him. While Yahuda was documenting his perceptions about these figures, his wife, Ethel Rachel Yahuda (née Judes), was going to great lengths to preserve his scholarly legacy and his collection of rare books and manuscripts, activities that would grow after his death as she made possible the bequeathing of the Yahuda collection to the National Library of Israel.

Michal: This reminds me of the question we have discussed regarding Yahuda’s mother. Yahuda’s father was Baghdadi and his mother was of German-Jewish descent.  Significantly, Yahuda also had an alleged paternal Iberian-Sephardi courtier ancestor, who served King Alfonso XVIII. Yet we hear very little about his mother, and her Ashkenazi background is certainly glossed over, while Yahuda and others fully embraced his purported Iberian ancestry as part of his Sephardi (re)fashioning. I argue in my piece that claiming an ancestor who served in the court of a Christian Iberian King might have served as a comfortable placeholder between the “Oriental” and Occidental” identities that Yahuda straddled by his own and others’ design. Of course, Spain itself continuously grappled with these externally and internally constructed identities, by embracing its Jewish and Muslim past on the one hand and celebrating the moment of 1492 as a moment of national unification and advent of imperial grandeur on the other.

Allyson: These tensions between the “Orient” and “Occident” seem to endure for much of his life; Yahuda himself frequently invokes them.

To return to the question of conspicuous absences, one of many we should perhaps add is: Where are Yahuda’s Arab interlocutors? If Yahuda represents some type of “path not taken,” as suggested by previous scholars—that is, a path centered on Middle Eastern Jews and the integration of Arab and Jewish cultures (and its contested erasure) in the Land of Israel/Palestine—then why isn’t that discourse broadly reflected in Yahuda’s own source base, in his carefully preserved papers? Of course, it’s dangerous to make a claim based on the relative absence of information, of what’s been kept or not, but in light of the vast efforts to preserve all sorts of material, including the most unflattering, there’s a paucity of conversational partners here. Here’s where Mostafa’s as well as Yuval and Almog’s pieces help to dilate the discussion.

Michal: I think a figure like Yahuda also prompts us to broaden the category of “paths not taken.” Rather than limiting it to the story of the establishment of a Jewish homeland in the Land of Israel/Palestine, it is possible to incorporate the story of the emergence of the discipline, of Jews and imperial belonging, and of other potential Jewish homelands, as each piece in our forum does in one way or another. Placing our forum and your article on Yahuda within a Wissenschaft issue does that kind of necessary work. 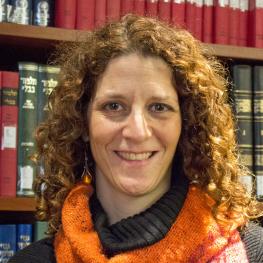 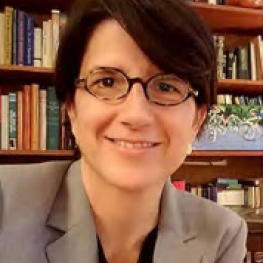