What’s Steven Spielberg Got to Do with Nineteenth-Century Jewish Literature? 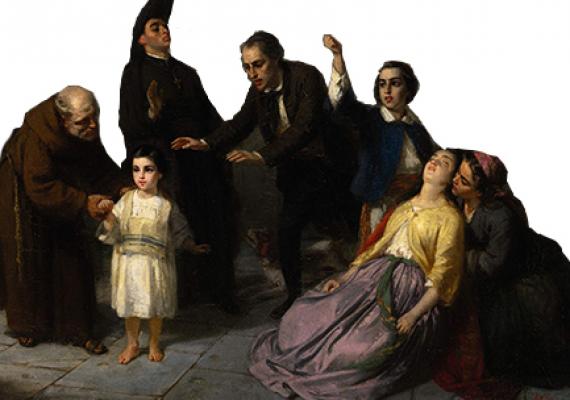 The Post, Steven Spielberg’s recent hit movie about a battle over the freedom of the press, is a fabulous and timely film, but those of us interested in Jewish history and culture had good reason to greet its debut with disappointment. Two years ago, after all, it was widely reported that The Kidnapping of Edgardo Mortara was slated to be Steven Spielberg’s next big film. Based on David Kertzer’s award-winning 1997 microhistory of the same name and boasting a screenplay by Tony Kushner, Spielberg’s latest movie was to have told the story of the famous six-year-old Jewish boy from nineteenth-century Bologna who was secretly baptized by a Catholic servant while suffering from an acute illness. Several years later, in the summer of 1858, the Papal States learned of the clandestine baptism and tore Edgardo away from his parents, taking him to a monastery. Never reunited with his parents, he eventually grew up to become a priest. In the late 1850s and 1860s the Mortara kidnapping unleashed one of the great international media spectacles of its era, becoming a liberal cause célèbre across Europe and North America. For Protestants, liberal Catholics, Jews, and secular intellectuals alike, expressing sympathy with the suffering of the Mortara family became a convenient shorthand for voicing outrage over the excesses of the Catholic Church and the anachronism of papal rule (which would come to an end with the unification of Italy in 1871).

The events that Kertzer recounts read as if they could have been lifted from the pages of a nineteenth-century novel. Back in 2016, in fact, an article in Variety about the casting for Spielberg’s film mischaracterized Kertzer’s history as a novel. Following in this tradition, the current listing for The Kidnapping of Edgardo Mortara on IMDb also reports a Kushner screenplay “based on the novel by” Kertzer. There is a certain logic behind this slippage. Nineteenth-century journalistic accounts of the Mortara affair were themselves often highly sensational and full of melodramatic excess, hovering between fact and fiction. As both Kertzer and a powerful recent book by Edgardo’s great-great niece Elèna Mortara explore, moreover, within eighteen months of the kidnapping, theaters in Italy, France, the U.S., and elsewhere began presenting stage plays based on the Mortara affair, using the theater as a forum to intervene in political debate.

In my JQR essay on the Mortara case (JQR 108.1), I wanted to understand exactly how and why nineteenth-century readers found the case so entertaining. As a scholar of Jewish literature, I was fascinated to discover that rabbis and those close to the rabbinical establishment in the German-speaking world produced many different fictional treatments of the Mortara case, melodramatic works of literature that typically imagined happy endings for fictional stand-ins for Edgardo. Why did these writers and their mostly Jewish readers take such pleasure in mining the events unfolding in the Papal States for entertainment? Why was it enjoyable for Central European Jews to consume piece after piece of literature that encouraged them to identify with the sufferings of the Mortara family in faraway Bologna? How did these fictional reworkings of the Mortara affair help German Jews feel good about themselves and their own place in the world? And finally, what, if any, was the political power of the righteous indignation that this corpus of melodramatic fiction sought to instill in its readers?

Spielberg’s Mortara film is apparently still in preproduction. Current Internet chatter indicates, alas, that a remake of West Side Story will be his next film. West Side Story, of course, has its own Jewish prehistory, the details of which Warren Hoffman has explored in The Great White Way: Race and the Broadway Musical (2014). At this point, it is unclear exactly when Spielberg’s next big Jewish blockbuster will hit the theaters. How closely The Kidnapping of Edgardo Mortara will follow the historical narrative that Kertzer reconstructs is also up for grabs. Based on Spielberg’s track record, however, we should have every reason to expect a gripping and entertaining film. In this sense, the director of The Post may reveal himself to be more indebted to the nineteenth-century forebears whom I explore in my JQR essay than Hollywood will be in a position to acknowledge. 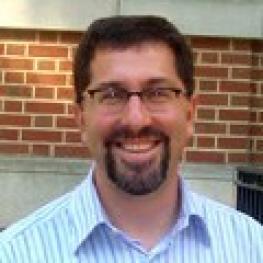