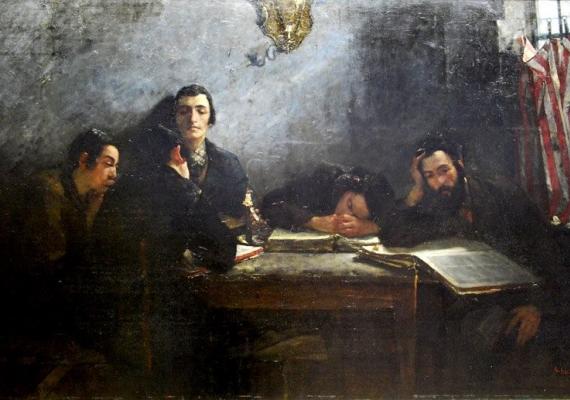 In this contributor conversation, JQR editor David Myers (DNM) speaks with Professor Robert Brody (RB) of the Hebrew University. Brody devoted an essay in JQR 109.2 to assessing a proposal made by Professor Haym Soloveitchik regarding the origins of medieval Ashkenazic Jewry. We published Soloveitchik’s response to Brody’s piece in the same issue, and Soloveitchik published an addendum to his response on his website. In this interview Myers asks about Brody’s interest, as a scholar of Babylonian Jewry, in the argument made by Soloveitchik about medieval Ashkenaz.

Robert Brody is best known for his many publications in the field of geonic literature. Without abandoning his activities in this area, in recent years he has concentrated more heavily on classical rabbinic literature, publishing Mishnah and Tosefta Studies in 2014 and an edition of and commentary on the Mishnah and Tosefta of tractate Ketubot in 2015. His commentary on this tractate of Babylonian Talmud is nearing completion.

DNM  A key claim in Professor Soloveitchik’s proposal is that, aside from the legendary academies Sura and Pumpedita, there was a previously unknown third talmudic academy in Babylonia. It was at that third academy, according to Soloveitchik, that the founders of Ashkenazic rabbinic culture may have studied and developed their own decidedly non-geonic approach to the Talmud. Do you think there could have been such an academy?

RB  It is of course very difficult to prove a negative but I think that in this case the hypothesis is so unlikely that for all practical purposes its probability is zero. I will expand further on some of my reasons for this assertion a bit later, but I will also reiterate one of the points I raised in my essay, which Prof. Soloveitchik shrugged off: such an academy, in stark contrast to those of Sura and Pumbedita, would have lacked any visible means of financial support.

DNM  In responding to the claim that Rashi’s talmudic emendations betray a high degree of “Spanish or Eastern” influence, you declare that “a cardinal rule of textual criticism (is) that variants must be weighed and not counted.” What is weighing and what is counting in your view?

RB  By counting I mean simply saying “A and B are in agreement x times,” perhaps with the addition “and disagree y times.” By weighing I mean that all agreements and disagreements are not alike; specifically, the agreements that matter in determining the affiliation of textual witnesses are shared errors (and more specifically those shared errors which the scholar believes it is unlikely that two or more scribes made independently). I’m not inventing the wheel here; this is, as I implied, a basic principle of stemmatic criticism which figures prominently in presentations of the field such as Paul Maas’s Textual Criticism and Martin L. West’s Textual Criticism and Editorial Technique.

DNM  In a field such as yours in which reliable historical documents are sparse, informed speculation has to be part of normal scholarly procedure. What's your theory of informed historical speculation?

RB  I think informed speculation has a role to play in filling the interstices between the bits of the historical mosaic which are supplied by the sources but, to begin with, it can’t be allowed to overrule them—of course our sources may not always be honest or well-informed but they can’t simply be shrugged off on the basis of gut feelings such as “the geonic academies would never have done that—it would have been institutional suicide.” Furthermore, to continue the metaphor of the mosaic with missing bits, sometimes the gaps between the pieces supplied by the sources are too small to accommodate the piece that a scholar would like to introduce on the basis of speculation. Or, to put it another way, the data provided by our sources comprise a sort of filter through which speculation must pass; and in my opinion the sources at our disposal for geonic Babylonia provide a sufficiently fine-grained filter that it is virtually inconceivable that something as significant as another academy comparable to those of Sura and Pumbedita could have slipped through without leaving a trace. We would have to imagine a vast conspiracy of silence involving not only the scholars associated with the two known academies but outsiders such as “R. Nathan the Babylonian” or else a coincidence of astronomically unlikely proportions.

DNM  Toward the end of your piece, you offer your own speculation that returns us to a version of the origin story that I, a devoted modernist, grew up with about the origins of Ashkenaz. Namely, you suggest that the formulators of medieval Ashkenazic culture may have been Italians—for example, Rabbenu Gershom's teacher R. Leontin—who went to Palestine where they mastered, of all things, the dominant text of the day, the Babylonian Talmud. They then brought that teaching back to Europe, where they settled in the Rhineland. Are you trying to have your cake and eat it too here?

RB  Well, that’s always nice if it can be done. In this case we have to try to imagine how early Ashkenaz came to have a cultural heritage which included certain Palestinian customs and the Babylonian Talmud but not posttalmudic Babylonian rabbinic culture, i.e. that of the geonim. We have known for some time that the Babylonian rabbinic heritage had made substantial inroads in Palestine by the end of the geonic period; thanks to the text recently published by Simcha Emanuel (which I mentioned in my essay on the basis of a lecture he gave in advance of publication) we may now say with confidence that the Babylonian Talmud had achieved prominence in Palestine by this time. I think we should exercise caution in speculating on questions such as this, and I hope I made clear that I was putting forward a possible explanation and one that I find attractive for reasons that I explained. I consider it, in the current state of knowledge, the most plausible explanation of the facts that I am able to imagine, but I am less confident in asserting this is the historical truth than I am in refuting Prof. Soloveitchik’s theory.

DNM  What are the stakes in this debate?

RB  Aside from those I have mentioned in my answers to the previous questions I think the main thing at stake is our understanding and appreciation of the early sages of Ashkenaz, and the one aspect of this debate I’m actually happy about is that is has caused me to think about these issues in new ways. As a Talmud scholar I have often been inclined to concentrate on the perceived shortcomings of these scholars, and especially of Rashi; for example, emendations which I believed to obscure the original text of the Talmud or what I take to be incorrect interpretations. Thinking through the issues in question has led me to a more balanced appreciation: in view of the shaky textual basis I believe these sages had at their disposal, the limited means they had at their command for understanding the language of the text (pace Soloveitchik they were probably not native speakers of Aramaic and certainly not of Eastern Aramaic) and their very limited access to a tradition of its interpretation, their situation was comparable to that of an archeologist confronted by a newly discovered, huge, and hugely complex text written in a dialect which, while related to known languages and dialects, was not identical to any of them. The efforts invested by these sages over several generations and the degree to which they succeeded despite their handicaps are worthy of the greatest admiration.

Read the full exchange between Brody and Soloveitchik now on Project Muse (JQR 109.2 [2019]) with institutional access or a private subscription. To subscribe go to jqr.pennpress.org. Soloveitchik’s addendum, “Response to Brody Part II,” can be found here.