Joel Kraemer – Death of a Scholar 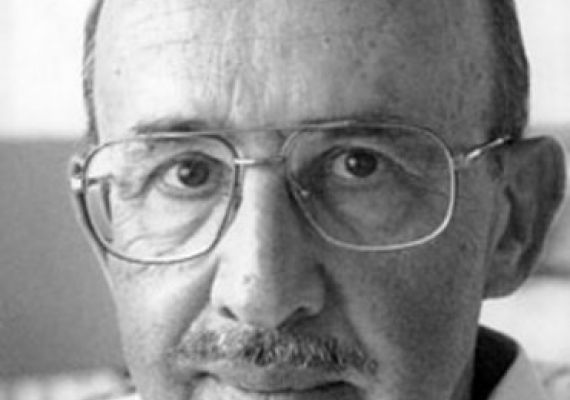 Below is a celebration of the life and scholarship of Professor Joel Kraemer (1933–2018) written by JQR contributor Mordechai A. Friedman (his pieces can be found here and here). Kraemer was a great pioneer of Judeo-Islamic studies, a lovely human being, and a generous teacher of many students, some of whom are currently at the Katz Center both among staff and fellows.

Professor Joel L. Kraemer died on Thursday, October 11, 2018, in Chicago. His contributions to the fields of Maimonidean, Judeo-Arabic, and Islamic studies are invaluable.

Joel, the son of a clothier, was born in Newark, New Jersey, on June 11, 1933, and grew up in Paterson, N.J. In 1954, he completed his B.A. degree at Rutgers University, where he majored in Philosophy. He was elected to Phi Beta Kappa and graduated Magna Cum Laude. Simultaneously, he studied at the Seminary College of Jewish Studies, Jewish Theological Seminary of America (JTS), New York, where he was awarded a Bachelor of Hebrew Literature degree. From 1954 to 1959, Kraemer attended the Rabbinical School of JTS and received a MHL degree and ordination. At JTS he studied with giants of scholarship and Jewish thought like Professors Saul Lieberman ("the teacher who had the most influence upon me and occupies the most space in my scholarly conscience"1) and Abraham Joshua Heschel.

From 1960 to 1963, Kraemer taught philosophy of religion at JTS and began graduate studies at Columbia University. In 1963, he transferred to Yale, where he began his studies with Professor Franz Rosenthal, the eminent scholar of Arabic, Islam, Semitic languages and Greco-Arabic studies. Rosenthal supervised Joel's doctoral dissertation, which he completed in 1967. ("I plunged deeply into Arabic and Islam and did my dissertation on a Muslim philosopher, abandoning for a while Maimonides and Jewish thought.") Joel expressed his gratitude years later by recommending Rosenthal for an honorary doctorate at TAU. In his essay "My Teachers" Kraemer paid moving tribute to the scholars who inspired him.

During 1967–1971, Kraemer taught religious studies, and Arabic and Islamic studies at Yale. In 1971, Joel and his wife Roberta settled in Israel, where they raised their daughters, Judy, Suzie and Sarah. Joel took a faculty position in the Department of Middle Eastern and African Studies at Tel Aviv University, where he was head of the Islamic Studies Program from 1972–1992 and was promoted to full professor in 1986. After Roberta's death he moved to Chicago, where he lived with his second wife Aviva. He began teaching at the University of Chicago in 1993 and served as John Henry Barrows Professor of Jewish Studies until his retirement in 2003.

Joel Kraemer was a Renaissance man. "The ideal type of the Jewish intellectual in the Andalusian milieu was someone possessing adab (Arabic, 'cultural refinement'; cf. Greek paideia)."2  He was at home in Greek and Latin no less than in Hebrew, Aramaic, and Arabic, as well modern languages such as French and German. His research demonstrated his uncompromising intellectual integrity, grasp of major trends in thought and historical processes, comprehensive purview, critical analysis and philological precision in reading texts. He was a perceptive auditor and skilled participant in the majlis of savants who discussed philosophy and theology and an astute observer in the Geniza market place.

Kraemer's natural inclinations and Yale training are discernable in his companion volumes published in 1986: Humanism in the Renaissance of Islam: The Cultural Revival during the Buyid Age (2nd rev. ed., 1992) and Philosophy in the Renaissance of Islam: Abū Sulaymān al-Sijistānī and His Circle (1986; which had its origin in his doctoral dissertation). Joel's mastery of Arabic and expertise in historical writing are attested in his annotated translation of Ta'rīkh al-rusul wa'l-mulūk (The History of al-Ṭabarī), volume 34 (1989).

The interplay between Islam and Judaism infused Kraemer's research. He had a keen interest in Maimonides, and here the classical heritage and its transmission in the Middle Ages again became leading actors. One of his first articles was "Alfarabi's Opinions of the Virtuous City and Maimonides’ Foundations of the Law" (1979). ("The central thesis of this paper is that Maimonides, in enumerating the fundamental principles in the part of The Book of Knowledge called Yesode ha-Torah [...], modelled his design upon that of Alfarabi [...] along with the Platonic, Aristotelian, and pagan Neoplatonic features of Alfarabi's thought, we must take into account the impact upon him of Christian theology, particularly of the Alexandrian Platonic school.")

Kraemer's passion for Maimonidean studies became the major focus of his research. Maimonides's great compositions, especially the Guide (Dalāla), captivated him. After he read Leo Strauss's Persecution and the Art of Writing, Kraemer wrote: "I learned how to read with meticulous care and absolute seriousness The Guide of the Perplexed and other texts I had been studying."3 Professor Shlomo Pines had a profound influence on Kraemer as well.

Maimonide' life and its historical setting enthralled Kraemer. In pursuing the study of the master's biography Joel saw Professor S. D. Goitein as a role model. Kraemer immersed himself in Geniza research and searched for new manuscript sources. He identified previously unknown autographs of Maimonides and other Judeo-Arabic fragments associated with the master and published many of these in exemplary editions.

Joel began studying Maimonides' writings as a fourteen year old at Camp Ramah in Wisconsin. The crowning achievement of this lifelong study, and indeed of Kraemer's academic career, was his majestic magnum opus, Maimonides: The Life and World of One of Civilization's Greatest Minds (2008, published in 11 formats and editions). The book's five chapters, written with Kraemer's typical erudition, eloquence, and precision, follow Maimonides' life and writings in geographical-chronological sequence and include topics ranging from "Did Maimonides Convert to Islam?," "Saladin and the Ayyubids," and "Zuta the Wicked," to "Epistle to Yemen," "The Treatise on Resurrection," and "Epistle on Astrology and Lunel Correspondence."

Kraemer's Maimonides flowed from a careful reading of authenticated sources and disciplined analysis. In this, he distanced himself from many who wrote on Maimonides. "Where there are gaps in Maimonides' biography, they are often filled with legend and surmise, so that his life is surrounded by a halo of myth. Unfortunately, most biographies are derived from secondary literature and fail to distinguish between fact and fiction" (Maimonides, p. 6). He delineated this divide not only in the past but also in relation to contemporary biographers and did not hesitate to take to task students of Maimonides who in his opinion did not use sound philological methods and rigid reasoning. Kraemer's sharp criticism resonates in his papers "How (Not) to Read The Guide of the Perplexed" (2006) and "Is There a Text in This Class?" (2008).

Joel credited Goitein for planting the seed from which the book blossomed. "When I invited Professor Goitein to give a lecture on Maimonides' life at a conference on Maimonides in Egypt, he excused himself for health reasons, suggesting that I give the lecture instead. He had uncanny insight into what people should be doing, and his idea inspired me to write this biography" (Maimonides, p. xi). The research entailed reviewing an extensive bibliography and list of manuscripts. These covered 88 pages, omitted from the printed volume but available online.

Kraemer's Geniza research engendered two grand projects to edit, translate, and analyze texts, which remain incomplete. He titled one "More Precious than Rubies: Women's Letters from the Cairo Geniza." In his view, the scholarly publication of these letters was a step toward redressing the historical silencing of women by men. Joel collected more than 180 letters, mostly from the tenth through the thirteenth centuries, written in Judeo- Arabic and Hebrew, some as late as the seventeenth century, written in Judeo-Spanish and Yiddish. He presented an overview and master plan in his panoramic articles "Women's Letters from the Cairo Geniza: A Preliminary Study" (Hebrew, 1995) and "Women Speak for Themselves" (2002). An enlightening and unique sample appears in "Spanish Ladies from the Cairo Geniza" (1991). More than a decade ago, Kraemer concluded that the completion of this project would be beyond his reach. Rather than relegate the material to the stockpile of unfinished works of Geniza researchers, he sought a competent scholar who might undertake the project. Renee Levine Melammed's willingness to do so and the progress she has made gave him much satisfaction.

The second project, the publication of Maimonides' personal correspondence and other relevant documents from the Geniza, was an integral part of a comprehensive undertaking to publish a scholarly translation of Maimonides' epistles with detailed annotation and introductions. The Yale Judaica Series commissioned this book, and Kraemer worked on it for several decades. It has progressed to an advanced stage of preparation and when published will comprise more than a thousand pages. After years of poor health, Joel looked for a younger scholar, familiar with Judeo-Arabic and the Geniza, who would assist him in completing the project. He was most pleased that Zvi Stampfer agreed to join him in this endeavor and praised his contribution.

"He never wavered, and his life trajectory never departed from its course. He was ultimately committed from start to finish to a passion, a labor of love—to philology, meaning the study of ancient texts, editing, translating and interpreting as a way of discovering new knowledge about human civilizations. He was devoted single-mindedly to learning, craving no other ambition. He was an authentic scholar in the great tradition of Orientalism." Kraemer wrote these words as a tribute to the late Paul Kraus but admitted that he was thinking of Franz Rosenthal as he was writing (Kraemer, "Death of an Orientalist," 1999; "How [Not] to Read"). As often is the case when one writes an encomium, Kraemer almost certainly gave expression in these words to his own passion for scholarly authenticity as well.

Kraemer's outstanding contributions to scholarship were recognized by prestigious awards, grants and guest lectureships. In 1998, he was elected Fellow of the American Academy of Jewish Research. A Festschrift in his honor, Adaptations and Innovations: Studies on the Interaction of Jewish and Islamic Thought and Literature from the Early Middle Ages to the Late Twentieth Century (edited by Y. T. Langermann and J. Stern) appeared in 2007. (It includes an encomium to Kraemer in Langermann's preface, and a biographical sketch by Stern, and Kraemer's "My Teachers.")

Joel was a warm, affable man, who often gave freely of his time, sound advice and unwavering support. He was active in the Society for Judaeo-Arabic Studies and served as its Vice President for eight years (1997–2005).

In an email of March 30, 2018, Joel wrote me: "I am making good progress incorporating Zvi Stampfer’s comments into my text of the Yale book and updating and polishing it. I would have drawn a line and omitted information that came available after a certain date. However, some books and articles had such direct bearing on my presentation that I simply could not ignore them. So I’m in a race with מלאך המוות .”

Joel lost the race. His death leaves unfillable emptiness. The loss to Maimonidean, Judeo-Arabic and Islamic Studies is immense. The personal loss is painful. His family, loved ones, friends, colleagues and students will sorely miss him.

1 Kraemer’s essay "My Teachers" can be found in a Festschrift in his honor: Adaptations and Innovations: Studies on the Interaction between Jewish and Islamic Thought and Literature from the Early Middle Ages to the Late Twentieth Century, ed. Y. Tzvi Langermann and Josef Stern (Paris 2007)

2 Kraemer, Maimonides: The Life and World of One of Civilization's Greatest Minds (New York, 2008), 5. 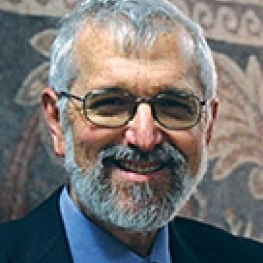