The First Modern Syllabus: A. S. Yahuda at the University of Madrid 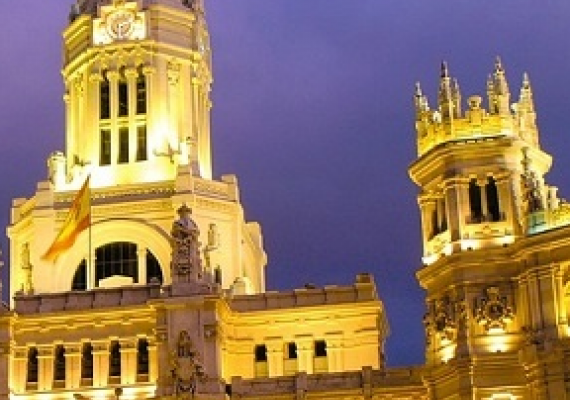 Abraham S. Yahuda (1877–1951) was the first Jewish scholar to hold a chair in Jewish studies at a modern Western university—the University of Madrid. Presented below is my translation of Yahuda’s first course at the university, taught in 1915–1916. Composed for Spanish-speaking students, Yahuda’s syllabus offers a glimpse into his teaching and conception of postbiblical Hebrew as well as its construction in Spain during this period. The syllabus traces the diverse history of postbiblical Hebrew, including its many influences (e.g., Aramaic, Greek, Persian, etc.), while also documenting recent discoveries that were shaping the field, such as the unparalleled collection of medieval Jewish manuscripts found in 1896 in the Cairo Geniza (see “Josue Ben Sira,” below).

The syllabus is divided into two main sections covering rabbinic as well as postbiblical Hebrew more broadly: “Rabbinic Language” and “Rabbinic Literature.” Each section provides historical background while paying significant attention to its development in medieval Spain under both Islamic and Christian rule. While outlining the flourishing of “Spanish Hebraic” poetry and prose in the Iberian Peninsula, Yahuda Hebraicizes many of the names, including Jewish writers from Arabic-speaking al-Andalus—as with the eleventh-century writer “Bahia Ben Pakuda,” with whom Yahuda employs the Hebrew noun “ben” (son) instead of the more commonly used Arabic word “ibn.”

Crucially, this text serves as the first known syllabus preserved by a modern professorial chair in Jewish studies. Neither of Yahuda’s nearest peers, Harry Wolfson at Harvard University and Salo W. Baron at Columbia University, seem to have safeguarded their original syllabi. A copy of this syllabus in Spanish may be found in file 1652, Abraham S. Yahuda Archive, National Library of Israel.

For much more on Yahuda, see the article by Gonzalez and the full forum devoted to him, both in JQR 109.3.

Syllabus [Programa] for Rabbinic Language and Literature
1915 to 1916 course

I.     Character and development of rabbinic language.
II.    Grammar.

I.      The renaissance of Hebraic language in Spain.
II.     Language of Spanish Hebraic [hispano-hebraica] poetry and prose.
III.    Influence of the Arabic language during Muslim domination [la dominación musulmana].
IV.    Vestiges of the influence of the Spanish language on Spanish Rabbinic [hispano-rabínica] literature from the end of Muslim domination until the expulsion of the Jews from Spain.
V.     Successive manifestations of this same influence on the Sephardim in the Orient [Oriente].

I.      The concept of Hebraic, Judaic, and Rabbinic literature.
II.     The beginnings of Hebraic literature after the Bible.
III.    Works only known from their Greek translations.
IV.    The Hebrew original of the work from Josue Ben Sira recently discovered.

I.      The beginnings of rabbinic literature in the Orient.
II.     The work of the Teachers [Maestros] of the Great Assembly: (The Soferim).

VII.   The Teachers of the Talmud (Amoraim).
VIII.  The Bavli Talmud and the Jerusalem Talmud.
IX.    The conclusion of the Talmud.

X.     The literature of the Haggadah and the Midrashim.
XI.    The ethical Haggadah [La Hagada ética].
XII.   The historical Haggadah.
XIII.  The exegetical and homiletical Haggadah.

XIV.  Rabbinic literature in the Orient during the Gaonic period.

I.      The flowering of rabbinic literature in Spain and the renaissance of Spanish Hebraic poetry.
II.     The religious poetry and the profane poetry.
III.    Isaac and Ben Gayat.
IV.    Josef Ben Hisday.

*The author thanks Thomas F. Glick and Christine Hayes for discussing this text with her.