From the Director: Legitimate Debate is Crucial to Jewish Vitality 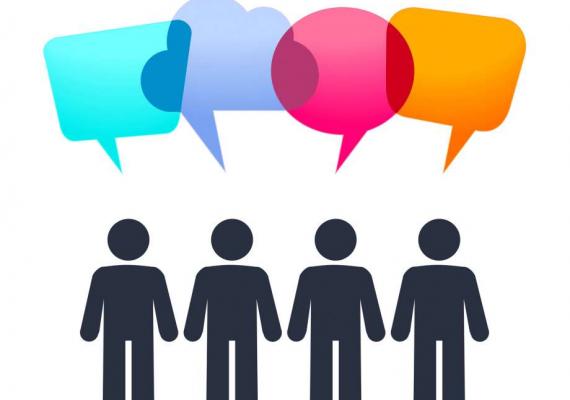 This last fall the Center for Jewish History, a center with an academic research mission similar to the Katz Center’s, found itself at the center of a political storm when a small group of activists called for its new director David Myers to be fired for alleged anti-Israel views.

Apart from misrepresenting Myers's position, their call for him to be terminated was an attack on the principle of academic freedom—the idea that scholars and intellectuals should be able to engage in debate without fear of censorship or retaliation.

Myers drew the support of hundreds of fellow scholars and resolved to brush off the protests, but the storm continued. The same group turned its fire on the American Jewish Historical Society, one of the partner organizations of the Center for Jewish History, for organizing two events that involved people associated with Jewish Voice for Peace, a Jewish group that supports the BDS movement. The board of the AJHS decided to cancel the programs, and its director, Rachel Lithgow, subsequently decided to resign, writing about her experience and her thinking in an article just published by Tablet.

Lithgow has since acknowledged that the decision to sponsor the programs was a mistake. But the decision by the board to cancel the programs sent a mixed message by appearing to capitulate to a call for censorship. Criticism and protests are perfectly legitimate responses to ideas one finds objectionable, and academic organizations should be open to listening to such critique, but they must also be very careful about suppressing or prohibiting the expression of ideas simply because people on the internet call for them to do so.

I strongly oppose BDS myself but that is not the real issue here. Intellectual centers—universities, research centers, journals—will occasionally generate ideas that are wrong, dissident, or even heretical. That is the cost of pursuing the truth, a process that involves argument, disagreement, and experimenting with new and unpopular ideas, as Jews should know from their own rich intellectual history. Monotheism was once a dissident idea; and where would Jews be without that enduring monument to the value of argumentation, the Talmud? If the room for debate and dissident ideas within the Jewish community was ever to close, the loss would not be unlike the loss of the Temple as far as I am concerned: Jews would be cut off from one of the principle sources of their vitality.

For this reason—and speaking only for myself—I feel impelled to say that I lament the fact that Rachel Lithgow had to resign from her position. I am incensed that David Myers has been subject to falsely grounded and narrow-minded calls for his termination. And I am resolved as ever to protect the Katz Center as a space for open, honest inquiry and the free exchange of ideas.

In the News,
Politics,
The Academic Profession