Beyond the Politics of Anti-Semitism 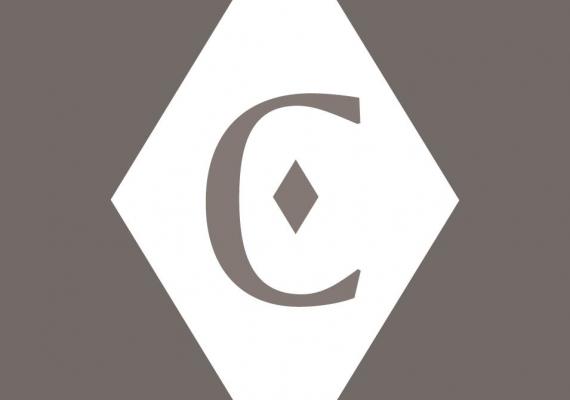 2018—a year that included the deadliest anti-Semitic attack in US History at the Tree of Life Synagogue in Pittsburgh—saw the third largest number of anti-Semitic incidents since the Anti-Defamation League began tracking such data in the 1970s. Europe also saw a 13% increase in anti-Semitic incidents in 2018, according to the Kantor Center for the Study of Contemporary European Jewry at Tel Aviv University. This is the context in which December’s events occurred, and together with earlier ones, they have rekindled fear that anti-Semitism is truly making a comeback in American and global society.

My focus in this reflection is not the incidents themselves but a challenge that makes it harder to respond to them effectively. The recent New York events have drawn calls for solidarity among Jews, and between Jews and other minority groups. But even so, people at different points in the ideological spectrum have drawn different lessons from these episodes, seeing them through the lens of different political priorities and ideological commitments, and their different diagnoses and prescriptions for how to address the threat are introducing their own antagonisms, to the point that a representative of one of the communities affected felt it necessary to call for the situation not to be politicized by outsiders.

The politicization of anti-Semitism was also an issue in the weeks just before these incidents happened. Earlier in December, President Trump issued an executive order that called on federal agencies to develop new ways to address anti-Semitism by virtue of the authorities granted under Title VI of the Civil Rights Act of 1964. Title VI prohibits discrimination on the basis of race, color, or national origin in programs and activities receiving Federal financial assistance but does not extend such protection to those facing discrimination on the basis of their religion. Part of what is new about the order is its willingness to consider anti-Semitism as discrimination based on national origin and not just as religious discrimination, making it eligible for the protections offered by Title VI. Coming at a highly polarized time in American politics, the act was applauded by many, but others condemned it as an effort to discredit anti-Zionism and suppress criticism of Israel on college campuses.

While one might wish to avoid politicizing the fight against anti-Semitism, the challenge is that it hard to imagine a way to combat it that is not political. Most of the tools that people have used in the past to fight discrimination—community organizing, education, legislation, clear public statements from leaders and officials—are political in one way or the other, involving decisions about who should be recruited as an ally, battles over terminology and curricula, choices about how to involve the government and at what level and in what ways, and other politically entangled activities. Politics can fracture or dilute the response to anti-Semitism, or work to discredit that response, but avoiding politics can deprive a community of the very resources, allies, and tactics that have worked in the past to beat back anti-Semitism and other forms of prejudice.

An example is the idea of using the public education system as a way of combatting anti-Semitism. The idea has a lot of popularity. In 2017, the Anne Frank Center for Mutual Respect won commitments from the representatives of twenty states to introduce legislation mandating the study of the Holocaust and other genocides in public schools, and the idea had been embraced well before then: When I was director of the Jewish Studies program at Indiana University, the State of Indiana passed a law mandating genocide education in high school.

But as I learned from that experience, it is one thing to endorse the use of education to combat anti-Semitism; it is another to invest the funding needed to teach the subject responsibly. In my view, teacher training was important for fulfilling the goals of the mandate because of the level of misunderstanding that existed even among teachers—one Indiana teacher we spoke with thought Hitler was Jewish, for example—but the state declined to fund such training or to set up a commission to monitor implementation. Working with the local Jewish Community Relations Council, we set up a crash course in Holocaust studies for high school teachers to fill in the gap, finding the money to cover the cost of substitutes during the program, but that was but a small effort that only benefitted 20 or so teachers during a single year. There was no way to use education to combat anti-Semitism in a systemic or sustained way without wading into the politics of public education budgeting.

This is a predicament facing many organizations that seek to fight against anti-Semitism—how to be apolitically political as it were, how to work with the government or in the public sphere without falling into or exacerbating political and ideological divisions. It is not a problem unique to the fight against anti-Semitism or to the Jewish community; it is one that citizens and public servants face in various ways around the world, in issues ranging from healthcare to education to environmental policy where politics can undercut the consensus needed to implement a solution effectively. There are many organizations trying to figure out ways to advance the public good without being partisan (for examples, see here or here), but no one has figured out a sure-fire way to overcome this challenge.

So this is my question as we begin 2020: are there ways to work with people you suspect are politicizing anti-Semitism to their advantage, or conversely, to win their trust if they have such a suspicion of you? People have been managing to overcome partisanship for a long time—sometimes by seeking common ground, sometimes by ignoring differences—but are such steps enough in this highly suspicious and rancorous age?

I don’t know, but I am intrigued by the approaches of people working to overcome the divide in other areas where politics has had a paralyzing effect. I will offer but one example. For a significant number of Americans, the effort to counteract climate change has proven deeply alienating: the very idea of climate change conflicts with their religious beliefs, and they view efforts to combat it through a deep suspiciousness of the Federal Government and international bodies like the UN. For those who recognize climate change as a planetary emergency, this resistance contributes to national inaction that will soon doom us, but scientists and activists do not have the legitimacy or trust within these communities needed to change minds.

Enter Katherine Hayhoe of Texas Tech University, an atmospheric scientist living in a state where, according to one study, nearly half the population does not accept that humans are causing climate change. She is a very active and highly influential climate scientist whose research confirms the effects of climate change, but she is also an Evangelical Christian who, together with her pastor-husband, has been working to bridge the gap between scientists and faith-based communities. Together they wrote a book entitled A Climate for Change meant for Christian readers aiming to explain how their faith should guide their response to global warming, and Hayhoe also gives many public talks, hosts a radio show, and posts online about the topic as well.

What is relevant about Hayhoe in this context is that she has mastered the art of communicating across a divide that many people do not know how to navigate. She opens up to her Christian audiences about her own beliefs, bonds over shared values with them, and uses those shared values to make a case for creative solutions that she shows are consistent with what they already believe and how they see themselves. Spelling her approach out like this makes it seem easy—perhaps to some it will appear naïve—but it is rare for climate scientists to be in a position to reach out in this way, to be willing to do so, and to know how to communicate in a manner that comes across as empathetic and respectful of those who might seem to be firmly on the other side of the issue (for a profile of Hayhoe’s work in this area, see here).

Divisions among Jewish leaders and pundits over how to define and respond to anti-Semitism diverge along very different lines, but what is relevant about Hayhoe’s efforts in this context is her recognition that it takes more than facts to change a mind. Just as important is her respect for her audiences’ beliefs, her willingness to address their doubts directly and empathetically, and her ability to build trust. Not that she has won everyone over by any means, but by working to build a bond with people deeper than their differences, she is able to reach many in a way that other climate scientists cannot.

Are there lessons here for bridging the political differences that undercut the effort to combat anti-Semitism? The proliferation of mass media means that there are more ways than ever to voice one’s views, convey information, and engage others in arguments. Opportunities to listen, to search out shared values with others, and to build trust with them can be harder to come by, and something like Hayhoe’s approach to trust-building, adapted to the particulars of the American Jewish community, may be what is required to build bridges between how Left and Right interpret and respond to the problem of anti-Semitism. Such an approach is certainly vulnerable to the charge of being naively optimistic, but it is realistic enough that there are already people trying to apply similar approaches to the divisions within the American Jewish community, organizations like Resetting the Table, which has worked with 25 Jewish federations and Jewish Community Relations Councils to facilitate communication across different political silos. It is worth paying attention to their efforts and to observe whether they yield any fruit.

It does not make things easier that so many conflicts within the Jewish community are now playing out online, in a forum where one’s opponents can so easily be caricatured or dismissed. Despite facing similar challenges, however, Hayhoe at least does not despair even though the stakes could not be higher, and her success makes her an important case study for those trying to bridge other kinds of ideological divide. The gap between Left and Right within the American Jewish population is growing so large that it is getting very difficult to imagine how to move beyond it, but the resurgent threat of anti-Semitism gives it a reason to think more creatively and generously about how to communicate with and relate to people at the opposite side of the political spectrum.