Sabbatianism—the movement that evolved around the figure of Sabbatai Tsvi—is considered the largest and most impactful messianic phenomenon in Jewish history. This talk will explore the metamorphosis of Tsvi’s historical and sacred image through cross-cultural interactions between Jews and Muslims in Ottoman society. We will begin with the scandalous events of the movement’s heyday in the mid-seventeenth century, and end with its late peculiar offshoot in the twentieth century. 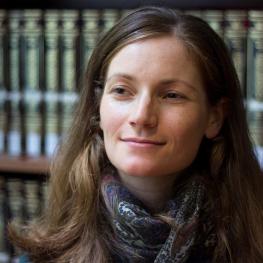 Hadar Feldman Samet is an assistant professor at the department of Jewish History at Tel Aviv University. She teaches and researches the history of Jews in the Islamic world, focusing on the study of the cultural practices and devotional lives of the Sephardi diaspora in the Ottoman Empire and its multifaceted encounters with Muslim culture and society.

The Intervention of American Law in Jewish Divorce >

How does a liberal state deal with a subgroup with its own family law?