The Meaning of Modernity in Modern Jewish-Islamic Contexts: An Opening Conversation 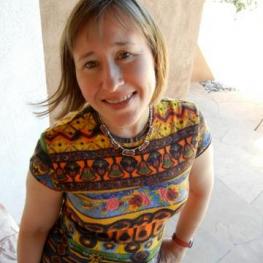 Heather J. Sharkey is an associate professor in the Department of Near Eastern Languages and Civilizations at the University of Pennsylvania. Her research interests include the Islamic world, the modern Middle East, colonial and post-colonial North Africa, and the history of Muslim, Christian, and Jewish relations.

Sharkey received her PhD at Princeton University. She previously taught at the University of Massachusetts Amherst, the Massachusetts Institute of Technology, and Trinity College in Connecticut.

Orit Bashkin is a professor in the Department of Near Eastern Languages and Civilizations and the Center for Middle Eastern Studies at the University of Chicago. A historian working on the intellectual, social, and cultural history of the modern Middle East, she teaches courses on nationalism, colonialism and postcolonialism in the Middle East, on modern Islamic civilization, and on Israeli history. Her fields of expertise include Iraqi history and culture, Arab-Jewish history, Arab intellectual history, and Israeli history.

Bashkin earned her PhD in Near Eastern studies from Princeton University. She has previously been a fellow at the Katz Center, and has also held fellowships at the National Forum on the Future of Liberal Education and at the Franke Institute for the Humanities at the University of Chicago.