First published in 1565, the Shulhan Arukh was introduced to the world by R. Joseph Caro as a work that, “in a concise manner,” would “gather the lilies and sapphires” from his earlier, much larger analytic legal work Beit Yosef. Caro described the Shulhan Arukh as a useful resource for scholarly reference and for daily surface-level study, memorization, and review of the details of Jewish law.

Did Caro (also) intend the Shulhan Arukh to be an authoritative law code? Whether or not he did, his slim 1565 volume took on a life of its own—and added literary bulk. By 1580 it was republished with the notes of R. Moses Isserles of Cracow, and the resulting jointly authored work went on to become the focus of an expanding array of commentaries and supercommentaries. Caro’s work eventually ballooned into a multivolume legal corpus which, despite some opposition, ultimately became an authoritative legal source in both the Sefardic and the Ashkenazic worlds.

This talk will “reset the table” by taking a literary perspective on the Shulhan Arukh. Caro was author as well as jurist, and the Shulhan Arukh’s rulings are the products of his authorial choices, not acts of a legislature. The Shulhan Arukh is a work of legal literature. By examining some of Caro’s choices about what to include and not, and when, how, and if to rework inherited legal language, we will gain insight into the strategies he deployed in composing the Shulhan Arukh. We will also see that law in the Shulhan Arukh is not only about rules of religious behavior; it is the language Caro used to rhetorically construct his vision of what a Jewish community and religious culture should be. 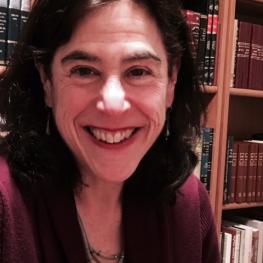 Alyssa M. Gray is the Emily S. and Rabbi Bernard H. Mehlman Chair in Rabbinics and Professor of Codes and Responsa Literature at Hebrew Union College-Jewish Institute of Religion (HUC-JIR) in New York. Her scholarly interests include the development of Talmudic literature and the history of Jewish law.

Study the greatest hits of the contemporary Ladino repertoire, Thursdays in February.

Designing the Daf: The Creation of the Talmud Page as We Know It >

How and when was the iconic layout created?

The unseen forces that carried classical halakhic works into the modern canon.