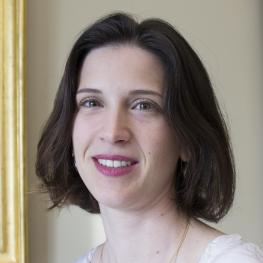 Kabbalah and American Pi: James Ralston Skinner and the Modernization of American Religion

Julie Chajes is a cultural historian with a special interest in the construction of modern religion. She is currently preparing a monograph on the reincarnation theory of Madame Blavatsky—the “great-grandmother” of the New Age movement—which grows from past research projects that have examined modern forms of Kabbalah, occult movements, and Victorian Christian Zionists. Her scholarship focuses on syncretism in the construction of doctrines, sexuality and gender, Orientalism, and the relationship between religion and science in the Victorian period.