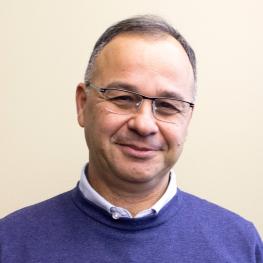 The Rabbinic Perception of the World

Eyal Ben-Eliyahu is a senior lecturer in the Department of Jewish History at the University of Haifa, where he heads the graduate program on Judaism as culture. His main fields of interest include the perceptions of geographic space, borders, and holy places in Jewish consciousness in Antiquity. He is also interested in comparing these perceptions to Roman and Christian thought in the same period. Recently, he founded a website focused on mapping the Jewish diaspora in Late Antiquity, which will soon be expanded to include a complete digital atlas of the Jews in Late Antiquity.

Ben-Eliyahu earned his PhD at the Hebrew University of Jerusalem and has been a researcher at Oxford University’s Oriental Institute, Harvard University’s Center for Jewish Studies, and Tel Aviv University.