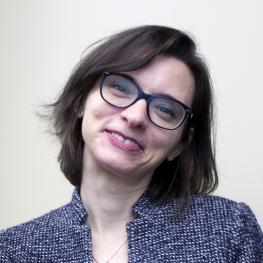 Between Wissenschaft Mystique and Science of Mysticism: Elia Benamozegh and Kabbalah

Clémence Boulouque received her Ph.D. in the departments of history and Jewish studies at New York University in 2014. Her interests include Kabbalah, interfaith dialogue, and intellectual networks, especially in the modern period, with a focus on the Mediterranean and Sefardi worlds. A graduate of the Institute of Political Sciences and the ESSEC Business School in Paris, she holds a B.A. in art history and a M.A. in comparative literature, and she was a Fulbright Scholar at Columbia University in the master’s program of the School of International Affairs with a concentration on the Middle East. Prior to resuming her studies at New York University, Dr. Boulouque worked as a book and movie critic for Le Figaro newspaper and France Culture Radio Network in Paris. She is the author of eight novels and nonfiction books published by Gallimard in France. During the fall semester, Dr. Boulouque is researching Elia Benamozegh and Kabbalah.