“What Else There Is Still Beneath”: The Multiple Dimensions of the Cairo Genizot 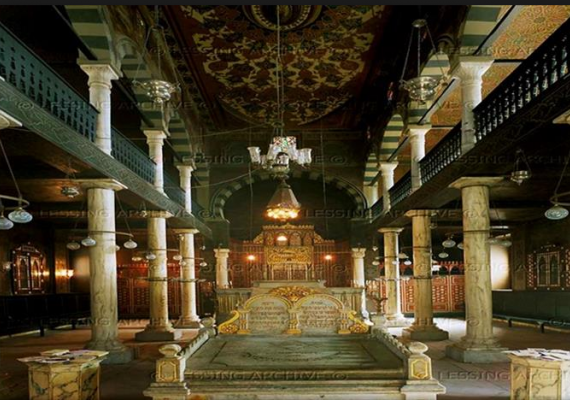 One hundred and twenty years have passed since the discovery of the document trove in the genizah at the Ben Ezra Synagogue in Cairo (BES). Countless texts and treatments in various languages have been published on the Cairo Genizah, the name of which has long been associated with a collection made famous by Solomon Schechter. Rebecca Jefferson’s article in the current issue of JQR deconstructs both the conception of “the Cairo Genizah” and the Schechter-centric narrative. She claims that the use of the label the Cairo Genizah “can preclude us from truly appreciating the breadth of Jewish material culture in Cairo in all its varied manifestations over time.” Although it is well known among researchers that there were a number of genizot (pl. of genizah) in Egypt, Jefferson’s painstaking study of a wide variety of sources (including previously unstudied archival documents) accurately and provocatively historicizes the stories and myths surrounding the Ben Ezra Synagogue and its genizah. She offers a nuanced description of the multiple “forces and processes, organic and artificial that went into shaping these collections,” especially during the critical years of the synagogue’s rebuilding (1889–92), when the genizah room was emptied, and many of its fragments passed from hand to hand and transferred out of Egypt to a wide range of public and private domains. Moreover, Jefferson’s innovative study makes a far-reaching claim that part of the genizah was returned to the renovated synagogue, thus raising the possibility that genizah fragments might still exist in the land of the Nile.

Jefferson bases her research on the premise that manuscripts are produced in a specific historical and social context, and their transfer from the original space in which they were produced and preserved to new venues and owners holds broad significance. “Learning about the history of the documents we use,” she neatly argues, “is as useful as it is interesting, because the web of commitments that built the archives continues to have an impact on our conception of the past.” She also suggests that removing the genizah from the original storage where it was kept for hundreds of years had harmful effects on the physical condition of the fragments and manuscripts. It is plausible, of course, to assume “that the dry, large undisturbed condition of the original chamber-ironically protected by the layers of dusty debris-ensured their preservation, and that most of the damage now present was due to human intervention during and after the dismantling of the building in 1889”—though if one takes into account that the BES underwent a number of rebuilds and renovations before the nineteenth century, it is reasonable to assume that the contents of the genizah chamber were emptied several times in the past. Still, Jefferson convincingly claims that “much provenance and provenience history was lost or destroyed during the course of multiple relocations and reorganizations of the materials […] a more accurate provenance history will promote greater understanding of the ways in which these texts were treated over time and in different cultural contexts.”

Jefferson's revisionism comes at a time of great energy in genizah research. The story she tells will add nuance to a range of larger conversations concerning Jewish manuscripts in fin-de-siècle Cairo and their post-histories. Two approaches in particular will both add to and benefit from Jeffersons’s research. First, the race for the extraction of historical material, whether it is the remains of pharaonic temples and artifacts or worn-out fragments from genizot, and their transfer to public or private domains in Europe and North America, need to be studied in the context of colonialism, which is only briefly referred to in this article, but which she acknowledges is a critical aspect. The removal of hundreds of thousands of genizah fragments from Cairo was accomplished in the high days of the British rule in Egypt. A meticulous archival study, especially at the Public Record Office in London, might unveil the role that British colonial administration played in the extraction of genizah material out of Egypt. Second, the historicization of the BES and the genizah cannot be complete without serious study of Arab and Coptic accounts, first and foremost by Ahmad Al-Maqrizi (1364–1442) and Ibrahim Ibn Duqmaq (1349–1407). Adding the mentioned two issues will be a constructive complement to the jigsaw puzzle of the genizot of Egypt that is coming slowly into view. Jefferson’s essay is an important step toward solving it, and brings us closer to a deeper understanding of “what else there is still beneath”—as Jacob Sapir wondered after his explorations into “the full to the height” of the genizah chamber in BES on June 6, 1864. 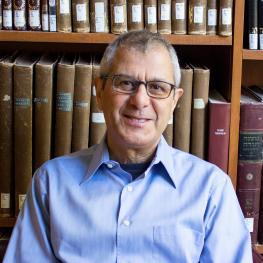