What Do You Know? Dhimmi, Jewish Legal Status under Muslim Rule 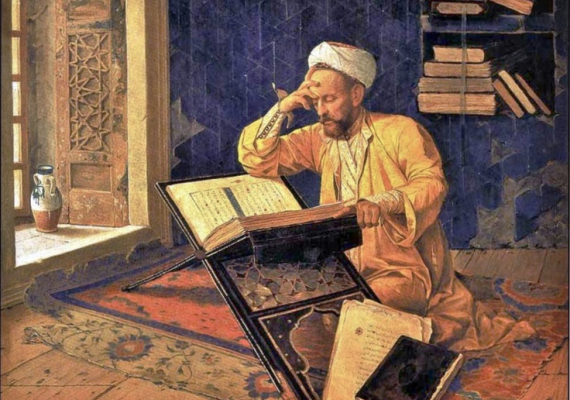 An anonymous reader writes: I would be interested in getting a better understanding of the ebb and flow of dhimmi status over the centuries, and how that affects the way they are treated today.

What does dhimmi mean, where did it come from, and is it still relevant?

In the seventh century, the nascent Arab-Islamic empire spread rapidly in a very short time. Muslims thus were forced to confront the question of how to deal with the non-Muslims in their midst from the very inception of Islam itself. Though the timing is not yet clear, a basic hierarchy between three groups emerged relatively early: at the top were (Muslim) believers, at the bottom of the hierarchy were unbelievers who should be fought, and there emerged an intermediate category of non-Muslims who had entered into an agreement with the Islamic state. Those in the third category were governed by a set of laws known as a pact, or dhimma in Arabic, and were called collectively ahl al-dhimma—literally “People of the Pact”—or just dhimmis. The term dhimmi is used interchangeably with the phrase “People of the Book,” suggesting that only Jews and Christians, as custodians of a monotheistic scripture, occupied this intermediate place between believers and infidels. However, as the Islamic empire expanded, the dhimmi category came to encompass Zoroastrians, Hindus, and Buddhists, sometimes with some rather convoluted and ingenious Muslim attestations to their monotheism.

In exchange for the protection of the Islamic state, dhimmis were expected to pay a special tax, called the jizya. A document known as the Pact of ‘Umar spelled out the details of the agreement between the Islamic state and the dhimmis in considerable detail. Though presented as a product of the mid-seventh century, the Pact of ‘Umar cannot be dated earlier than the mid-ninth century, when it became part of the substance of Islamic law. Its stipulations take for granted the densely populated and diverse urban environment of that ninth-century Iraqi milieu. The Pact of ‘Umar lays out a variety of sumptuary laws, meaning laws whose ostensible purpose was to distinguish non-Muslims from Muslims in social interactions, place limits on non-Muslim behavior, and emphasize the social superiority of Muslims.

Modernist Muslim intellectuals tended to view the jizya as a charge levied in exchange for a valuable privilege—exemption from military conscription. However, it is far from certain that dhimmis could have served in early Islamic armies even if they had wanted to do so. More generally, modern Arab and Muslim historians viewed the invention of dhimmi status as a marked improvement over the majority-minority relations that prevailed prior to Islam. This perspective goes some way to explaining the vehemence of the controversy over dhimmi status between Muslims of varying levels of religiosity and non-Muslims in the West.

One example of a sumptuary law is the stipulation that non-Muslims not ride horses. If they did ride donkeys they had to ride sidesaddle and dismount if a passing Muslim demanded it. There is some debate as to whether such laws were intended to signal social differentiation in societies where a hierarchy was taken for granted or whether they were intended to humiliate non-Muslims. Was a horse a form of military hardware? Or was it a noble animal suitable to be ridden only by a noble (i.e., Muslim) person to ride? Did the Jew ride sidesaddle so that others could tell that a Jew was coming or to make it easy to knock them off their donkey with a good shove? Put another way, were they arbitrary or were they undergirded by the logic that non-Muslims ought to be degraded? In Yemen in the eighteenth century Muslim scholars held a fascinating debate on this very question. Some held that if God wants Jews (there were no indigenous Christians in Yemen) to be humiliated, surely they should perform the most odious forms of sanitation work. Other Muslim scholars countered that the Pact of ‘Umar did not offer a license for innovative forms of cruelty but only the arbitrary rules it initially laid out.

The Pact of ‘Umar has become a topic of controversy among scholars and outside the academic world. Some recent scholarship has emphasized that, historically, the rules were generally ignored. The fact that some new Muslim rulers re-applied the Pact of ‘Umar to prove their Islamic bona fides suggests that the rules often did fall into desuetude. Nevertheless, the Pact of ‘Umar, like the caliphate, kept its staying power as an Islamic concept of the proper relationship between Muslims and non-Muslims even after it was incrementally abolished by Ottoman decrees in 1839 and 1856, with Iran following suit in 1873.

Some combination of European ideals of political universalism and Ottoman realism about the need to widen the pool of potential military recruits likely provided the impetus for these moves. However, the Ottoman Empire did not control the whole of the Islamic world. In places like Morocco and Yemen, both of which had large Jewish communities, the Pact of ‘Umar’s rules maintained their relevance well into the twentieth century. Moreover, Istanbul’s attempts to do away with the Pact of ‘Umar, possibly as a result of the urging of European powers, stoked existing resentments of non-Muslims. The dhimmi framework of minority communities paying the Islamic state and casting a small shadow in exchange for the right to practice their own religions unmolested was the characteristic form of tolerance in Islamic civilization until the gradual breakdown of communal authority in the modern period and rise of new ideas of citizenship.

In the middle of the twentieth century the large Jewish communities in Morocco, Iraq, Yemen, and Iran left en masse for Israel, France, and elsewhere. In general, the post-colonial regimes of the Middle East and North Africa restricted the sphere of Islamic law to personal status issues and to a loosely defined source of inspiration for current law. However, among countries that underwent a period of radical secularization and subsequently experienced an Islamic reaction in the 1970s and later, the issue of dhimmis having exceeded their proper social roles arose again. Debates over whether or not Coptic Christians should pay the jizya have arisen from time to time in Egypt since the 1980s. In parts of Pakistan under Taliban influence, Sikhs are charged jizya. The Islamic State of Iraq and Syria (Daesh) made similar attempts in places like Mosul in Iraq and in parts of Syria where Christians lived.

Interested in this year’s fellowship theme of Jewish culture in modern Muslim lands? Submit your own question here. If it’s answered you will receive a Katz Center tote bag and the gratitude of other readers! 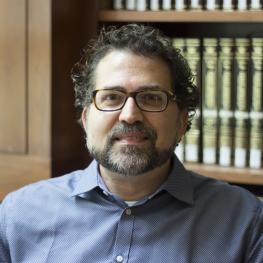