A Phenomenology of Forgery: Or, Lies and the Lying Liars Who Tell Them 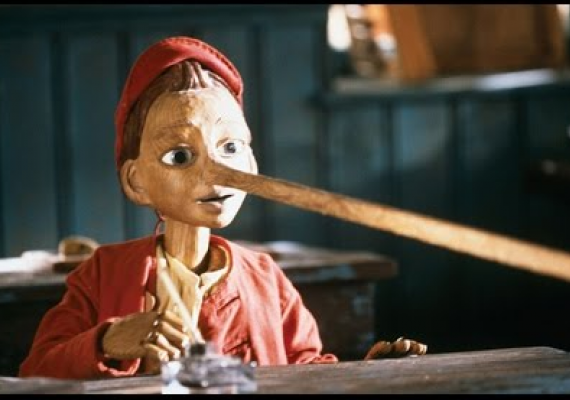 Solomon Zeitlin (d. 1976), who edited this journal from 1940 to 1976, was a colorful and complex figure. A great scholar and a mad one, he nursed an Ahab-sized obsession with the idea that the Dead Sea Scrolls—and several other early Jewish texts—were forgeries, and he devoted dozens of articles to proving their perfidy.

The scholarly notes section of the fall issue of JQR (108.4) features two essays that in their way hearken back to this hermeneutic of radical suspicion, though with their own sort of self-awareness and relationship to the question of authenticity.

The first begins with a “fake” and recategorizes it. In Matan Orian’s “The Temple Archive Used for the Fabrication of 1 Maccabees 10:25b–45,” Orian revisits a letter reproduced in 1 Maccabees from Seleucid king Demetrius I Soter to the “nation of the Jews” (152 B.C.E.). In the letter Demetrius deploys a host of privileges and material enticements to convince the Hasmoneans to side with him against a rival claimant, Alexander Balas. Though Demetrius's own general Bacchides had led the battle that killed Judah Maccabee some years earlier, this letter has what Orian calls an aura of “desperation” about it. The concessions he promises are too generous, and the tone so groveling that scholars for years have decried the letter as a well-executed fake. Orian takes another view, and reads the piece as a clever act of mimicry intended to be read with a wink; it is a document meant to shame a weak king on his way out of power. We should, thus, not assess the letter on a binary of authenticity, but as a satire.

The fortuitous irony for the scholar, if we follow Orian, is that in order to compose such an effective mock letter its author must have been deeply familiar with the actual protocols and phraseology of real Seleucid correspondence. In short, his generic reclassification allows Orian to give a more historically nuanced and precise picture not only of royal correspondence and its rhetorical potential, but of the existence of and use of archives in Judea, the sophistication and confidence of Hasmonean chroniclers, and much more.

In “Deceptive Intentions: Forgeries, Falsehoods and the Study of Ancient Judaism,” Jonathan Klawans pours his accumulated dissatisfaction with the current political climate, the dishonesty scandalizing the antiquities markets, and the blind eye of curators, onto the theological special pleading that has long accompanied the literary pseudepigraph. Why do ancient Jewish and Christian pseudepigraphic works—works written in someone else’s name—such as the pseudo-Pauline letters, Daniel, and Aristeas (among many more) get a pass? Should they not be treated as forgeries, and if so shouldn’t the idea of deceit, with its moral opprobrium, be part of our exegetical apparatus when we approach them?

Klawans notes, wonderfully, that when read closely, many of these texts reveal their own theory of the lie, and these ought to be taken seriously as we analyze their duplicitous provenance. Some ancient authors of pseudepigraphical works come out strongly against falsehoods of all kinds (Epistle of Enoch), others muse on the clever high-wire lies that serve the good of the Jews (Aristeas). Yet others (both ancient and modern) remove faith from the calculus of evidence altogether, rendering truth and falsity misapplied, as in the case of readers who assert that if an ancient author fully believed that, say, Enoch or Daniel was speaking though them, then their texts were something different from “forgeries.”

We are in a political moment where evidence seems to cry Cassandra-like into the whirlwind of assertion from both sides of the political spectrum. Yet healthy suspicion can itself devolve into paranoia, which causes its own sort of imperviousness to the evidence. Care, curiosity, preparation, and fresh eyes are the best we can hope to bring to the sources. These essays start from the problem of the falsehood—impugnable and static—and inch us toward the ongoing process of the truth. We may chuckle at Zeitlin’s rantings (such as this, and this, or this), but well-informed doubt is as vital in the public sphere as in scholarship.