In Memory of Samuel Klausner

The Katz Center mourns the recent passing of Samuel Klausner. 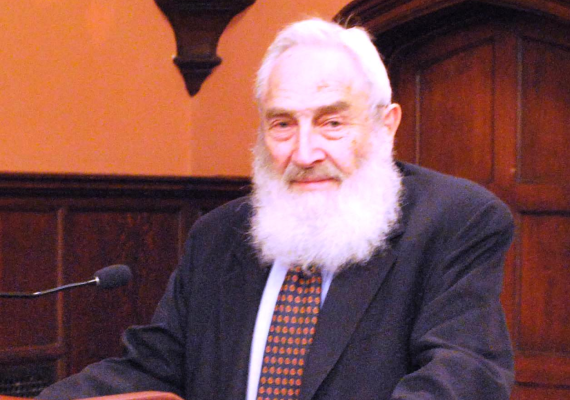 We are very saddened to report the passing of Professor Samuel Klausner, a founding member of Penn's Jewish Studies Program, a long-time participant in Katz Center activities who remained actively engaged in the Center until just before the onset of the pandemic and who, together with his spouse Professor Roberta Sands, created a fellowship that supported several scholars during the Katz Center fellowship year devoted to Jewish life in modern Islamic contexts.  Professor Klausner was an exemplary social-scientist, and through his questions during the Center's seminar, he always sharpened the discussion by seeking conceptual clarity and by pressing for the empirical support behind certain claims. We were delighted that the year devoted to Jewish life in Islamic contexts spoke so directly to Sam's interests as a scholar who has done significant research on modern Islamic societies.

Sam was also a remarkable human being, living a life that included military service, research in places as disparate as Alaska and Morocco, and staying intellectually vital well into his upper-90s. We at the Katz Center feel extremely grateful that Sam was a part of the life of the Center for so long, and for all that he contributed to the field of Jewish studies and to scholarship more broadly, and we convey our deepest condolences to Roberta and to Sam's larger family.

For a tribute from Professor Jeffrey Tigay that reviews some of Professor Klausner's many contributions, please see below. An obituary can be found here.

Remarks In Honor of Samuel Klausner