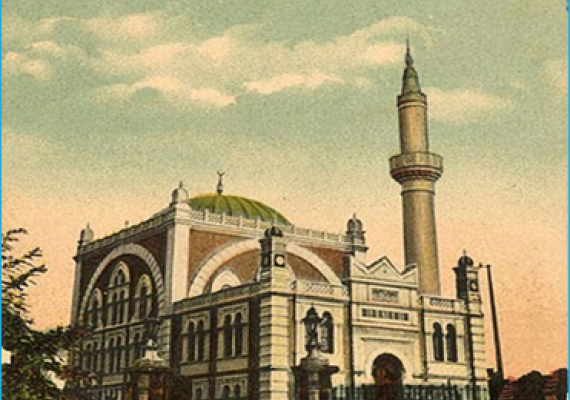 This blog post is part of a series focused on the research of current fellows. In this edition, Katz Center director Steven Weitzman sits down with Hadar Feldman Samet, who researches the lives and texts of the Sabbatean Ma’aminim, their syncretic religion, and the development of Sabbateanism.

Hadar Feldman Samet (HFS): My research focuses on the Sabbatian Ma’aminim (in Hebrew: “believers”)—mainly descendants of Sephardi Jews who converted to Islam in the footsteps of their messiah Sabbatai Tsevi (1626–1676), and formed a clandestine mystical religion and communal organizations. This group is commonly known as the Dönme, but I deliberately avoid using this term as it holds a derogatory meaning in Turkish (“turncoats”). I am glad to see that the use of Ma’aminim, their self-identified name, has started to pervade scholarship. Being formally Muslim, this group of people were distinct from both Jewish and Muslim communities, and intermarried among themselves. From their foundation in the 1680s until they were forcibly transferred to Istanbul in accordance with the Treaty of Lausanne (1923), the Ma’aminim were settled mostly in Salonica (a territory of the Ottoman Empire, now Greece).

The answer to the question of their “Jewishness” depends on perspective. To surrounding societies, their distinctiveness was an “open secret.” It was known that they had a different religious faith and followed different practices, and that they were considered neither Jews nor Muslims. In the eyes of the Jewish establishment, they were heretics who undermined the most essential foundations of Judaism, first and foremost halakha and rabbinic authority. From the perspective of non-Jews, there are very few references to the question of their identity during most of the Ottoman period. From the 20th century until today, their presumably Jewish identity is raised occasionally in the Turkish media, often with somewhat anti-Semitic overtones.

SPW: What drew you to do research on such a topic?

HFS: My interest in this topic started when I was a BA student at the Hebrew University of Jerusalem and participated in a course on Hasidism and Sabbatianism with Professor Rachel Elior. In one of the lessons, Prof. Elior introduced both the phenomenon of the Sabbatian Ma’aminim and the publication titled Sefer Shirot ve Tishbahot shel ha’Sabbtaim (Book of Songs and Praises of the Sabbatians)—one of the first academic editions of the secret sources of the Ma’aminim, and to this day perhaps the most well known in Jewish studies scholarship. When I first opened the book, I was magnetized. It was love at first sight (and has not ceased since). I was fascinated by the esotericism and extraordinary cultural fluidity: multilingual texts written in Ladino, Hebrew, Aramaic, and Turkish, which express messianic Sabbatian heresy using Kabbalistic terminology suffused with Sufi (mystical Islamic) concepts, melodically performed in secret rituals. I decided to devote my research to studying Sabbatian secret manuscripts. Every aspect took me on a journey which opened exciting fields previously unknown to me: the Sabbatian movement, Judeo-Spanish and Ottoman-Turkish languages and cultures, Jewish and Islamic mystical writings and practices, Ottoman musical tradition, and more. This journey was made possible thanks to the support I received from various institutions, allowing me to devote myself to the research. I am forever grateful for countless sohbet (literally: “conversation”) meetings I had with wonderful teachers, colleagues, friends, and my family during the years at the Hebrew University, as well as at other institutions such as The Center for Middle Eastern Classical Music in Jerusalem, various programs in Turkey, and of course here, at the Katz Center. 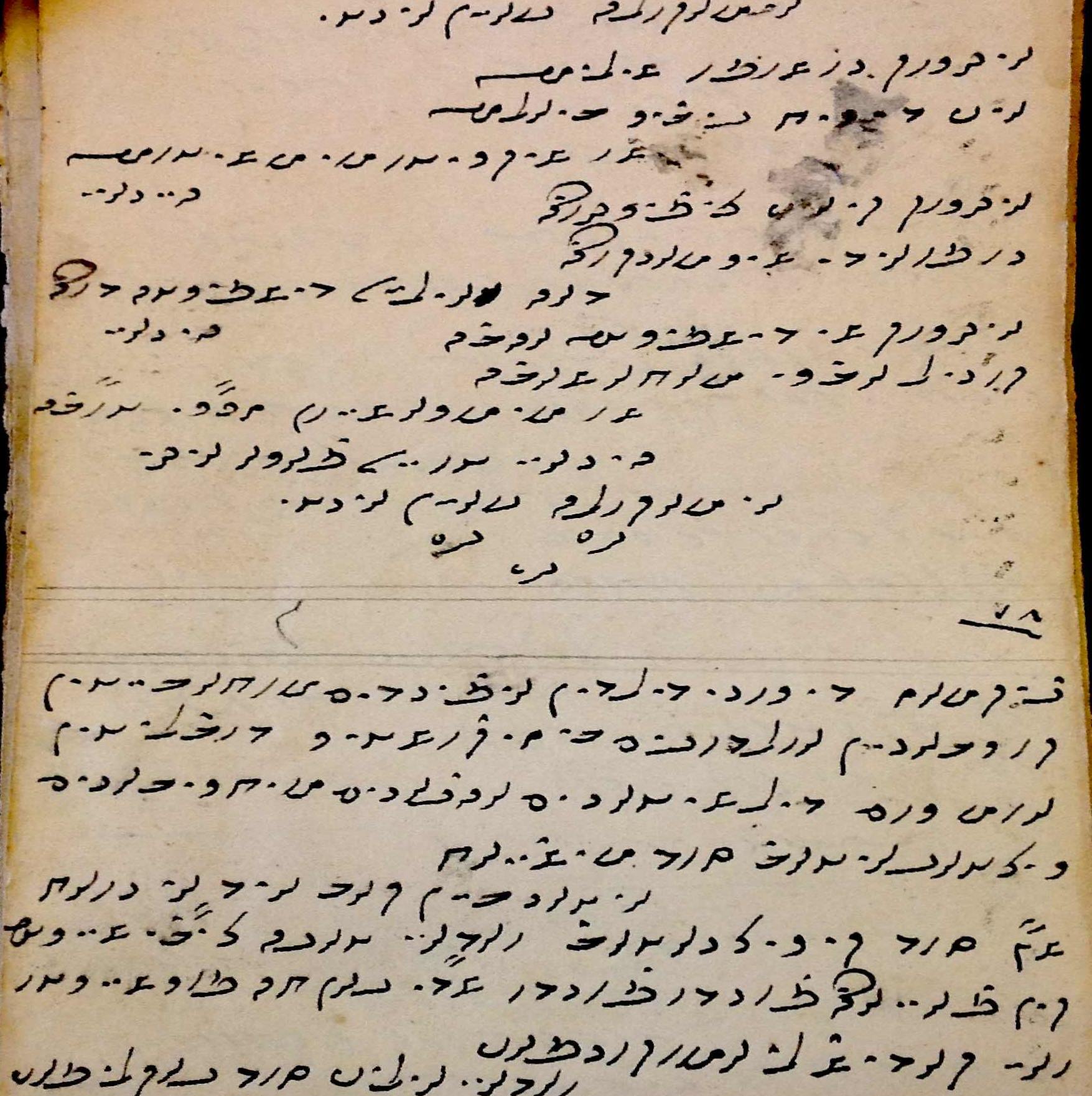 SPW: Are there any members of this community alive today? More broadly, what finally became of the Sabbatian movement? Does its influence persist in any way today?

HFS: The traditions of the Ma’aminim were upended at the turn of the 20th century, as processes of modernization and reform greatly influenced the late Ottoman Empire. The aforementioned secret manuscripts are available to us today as a direct result of the diminished importance of the clandestine religion to Sabbatian Ma’aminim descendants, who made what had been secret documents available to scholars. These descendants can be found not only in Turkey but also in Europe and the US. Current publications and allegations in Turkish media regarding the secret Sabbatian heritage of certain public figures would leave the impression that the group still holds weight in Turkey. However, it would seem that most descendants are completely assimilated and no longer keep familial traditions. Interestingly, the contemporary trend among descendants of reconnecting to their messianic roots relies also on academic research.

In Jewish historiography it is a common view that the Sabbatian messianic movement shook the foundations of Judaism and has actively shaped Jewish modernity. In contemporary Jewish cultures, the image of Sabbatai Tsvi is still referenced and depicted—mostly in literature and art—as a hero or as an anti-hero, even more than other prominent historical figures.

SPW:  Your seminar presentation focused on the songs of the Ma'aminim, and several fellows noted that your research was path-breaking. Can you tell us what you've learned about these songs and what they reveal about the Ma'aminim?

HFS: Jewish studies academic research has largely viewed the Ma’aminim as a distinct product of their Jewish heritage. On the other hand, Middle-Eastern studies scholars emphasize the Ottoman context of the Ma’aminim and the role they had in the non-Jewish society in which they lived. These two approaches have left a gap for a multi-layered understanding of the group. For me, this gap raised the question of how the secret texts of the Ma’aminim—a very rich and reliable source for their understanding—can be construed while considering the Ottoman background in which they were created. Or putting it in another way: how does the outward Ottoman Muslim identity of the Ma’aminim manifest in their secret identity? When bridging the disciplinary gap, my research combines philological and paleographic deciphering of mystical texts, which are commonly ascribed to research of Kabbalah within Jewish studies scholarship, and with cultural and folklore analysis that places them in the broader Middle-eastern context. Through this interdisciplinary approach, the texts are not only illuminated by the cultural-historical context of time and geographical space in which they were created, but they also illuminate larger-scale processes taking place in their surroundings. My work also highlights performative aspects of the texts, which bring the non-elite, lay members (men and women) of the community to the foreground of scholarship.

SPW: Over this academic year, the fellows have been wrestling with what "modernity" means in Jewish-Islamic contexts. This is too big a topic to tackle here, but can you share an insight or two about how the sources you are working on relate to aspects of modernity in the context of Ottoman Muslim and Jewish cultures?

HFS: I will point to issues in my study of the source material we are discussing, which can demonstrate manifestations of modernity in the Ottoman context: the spiritual renewal, which undermines traditional religious institutions, and the narrowing of cultural gaps between the elite and the general public. Both aspects relate to the relationships between sacredness, practices, and popular culture discussed in two recently published papers of mine.

In my study of the practice of zikr (in Arabic: dhikr) by the Ma’aminim, I suggest that their liturgy reflects the tension between Ottoman Islamic religious conservativism and practices, which were institutionally considered as religious renewal. The Sabbatian practice of ritual singing is seen as part of popular religious trends that flourished in early modern Ottoman society despite institutional Islamic objections. This perspective places the case of the Sabbatian zikr as an example of a wider “bottom-up” phenomenon reflecting processes, which can be depicted as an essential product of the rise of Ottoman modernity.

In a paper dedicated to Sabbatian songs attributed to the şarkı poetic genre, I demonstrate how the liturgical singing of the Ma’aminim was formulated in relation to popular cultural trends in 19th-century Ottoman society. These trends can be understood as an outcome of social changes brought on by reformative processes. An examination of the sources indicates that the Ma’aminim employed songs which represent the narrowing of a cultural gap between elite and popular cultures. Moreover, in the time period that the Ma’aminim are identified with Westernization and modernization, their secret sources highlight that they were very much immersed in traditional Ottoman popular culture.

These are only two case studies that can contribute to our thinking of the meanings of modernity in the Ottoman context. 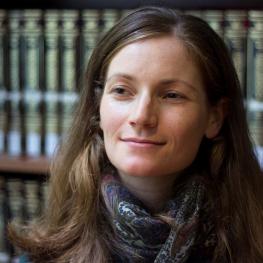