Even a Shoe Has Its History 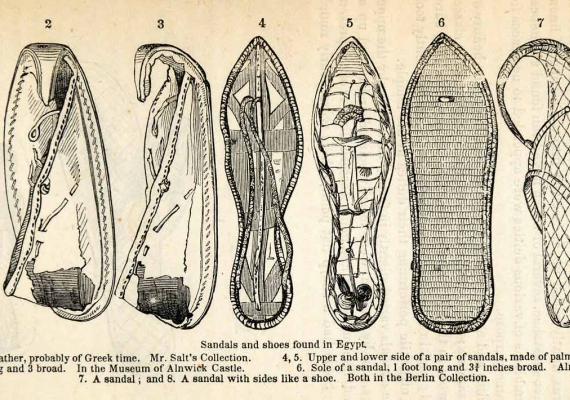 The editors were a little surprised when our year-end report came in from JSTOR—one of the services that distribute our content electronically—informing us that 2017’s most downloaded article from the JQR archives was Jacob Nacht’s 1915 essay "The Symbolism of the Shoe with Special Reference to Jewish Sources" (JQR New Series, Vol. 6, No. 1 [Jul., 1915]: 1–22; available without a subscription). 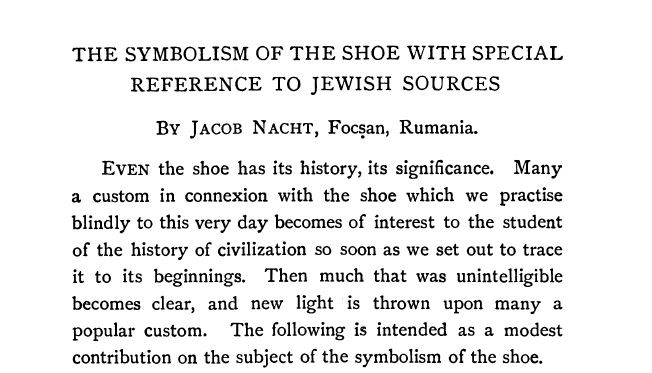 We immediately downloaded it ourselves. Nacht opens with the simple truth that "Even a shoe has its history," and goes on to write, if not a history per se, then a sprawling list of shoes as they have appeared in the classical Jewish library. A shoe holds a wealth of symbolism concerning power and powerlessness, sex and marriage, ostentation and modesty, transfer of property, fertility, and more. To map this discursive horizon, he pulls examples from across the Bible and rabbinic literature and beyond. Typical of much early JQR, sources appear untranslated in Greek, Hebrew, Aramaic, German, Romanian, French, and Arabic. He juxtaposes ancient Teutonic lore, contemporary Bedouin women, Chinese, Greek, and Hessian rites, English proverbs to name but some; Nacht even notes the scruples of an Ohio mayor who, near the turn of the twentieth century, outlawed the striking of newlyweds with rice, fists—or old shoes.

Don’t miss out. We invite you to join the teeming throngs and download the essay for yourself (JSTOR). While you are there, check out the incredible riches of over a century of superior Judaic scholarship in the archives.

From the Editors,
History of JQR,
Material Culture