On Brooks, Buber, and the Ballot Box 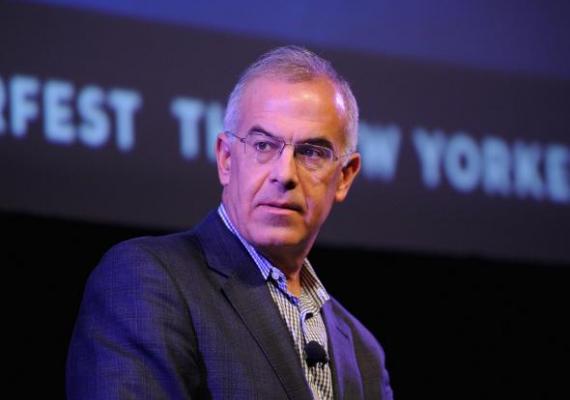 It’s not every day that Jewish philosophy appears on the New York Times op-ed page. I suppose that I and the other members of this small and close-knit guild should be happy to have seen David Brooks start November with a column entitled “Read Buber, Not The Polls!”

To some extent, I am. It’s heartening to see Buber’s widely read 1923 book I and Thou appear with relevance at this moment. In the constant horserace before the election, and in an environment when the last slice of the electorate is being fought over with more and more apocalyptic rhetoric, we think of sides in a battle.  But Brooks uses Buber to remind us that in our political life, we should see persons as persons, not as instantiations of types. US political discourse possibly corrodes itself when we reduce presidential candidates to their policy positions.  No matter one’s choice in the voting booth, it’s not necessarily healthy to vote for a person who (in our minds) is not much more than someone who offers up Supreme Court nominations to the Senate. The political realm has become cold, and Brooks is wrapping himself up in Buber, and his account of the I-Thou relationship (in which I do not objectify another person), for warmth.


Still, I have my doubts that my colleagues and I will recognize Buber in Brooks’s account of I and Thou.  Brooks offers a Buber who is a bit more passive and fatalistic than anything in I and Thou suggests, describing that we sit around and wait for these moments of deeper encounter.  “You can’t intentionally command I-Thou relationships into being,” Brooks writes. That’s true to the extent that any meaningful relationship, for Buber, involves both “will and grace.” (This is the line that famously gave birth to a sitcom.) Nevertheless, Brooks emphasizes grace at the expense of will, imagining that we can only provide “fertile soil” for such relationships, and “be open to them.” That ignores a whole slew of pages in _I and Thou_ about how we speak to other people. To speak to someone in a way that js free from any teleology, letting go of any purpose that I might have for that conversation or that relationship, has transformative power for Buber. Brooks entirely misses this.


There is an odd difference between Buber and Brooks.  Brooks gives us a portrait of a Buberian self who waits around for transformation to happen, and leaves us with a last paragraph meant to get us excited about how we ourselves might stop waiting around and “rebuild Thous at every level” of our society.  Brooks never explains whence such energy should arise.  Buber, on the other hand, gives us a portrait of a self who is more active in her relations with others, and yet he is enough of a realist to know that this rebuilding process is doomed to failure.  We live in a political system, and that means that we have to act for certain ends in our lives; such action requires objectifying others, and therefore requires putting an end to the rebuilding process until we start again, and fail again, and start and fail... On such a worldview, why go vote? Why not just stay home, watch the yelling on CNN, bury one’s head in one’s hands, and choose between meth and alcohol as one’s next longtime companion?

Still, Brooks is not wrong to say that Buber maintains some kind of hope in I and Thou. Buber’s answer near the end of I and Thou is that the failure of efforts to rebuild Thous in a polity is actually, and counterintuitively, a harbinger of divinely ordained success: “doom becomes more oppressive in every new eon … and the theophany comes ever closer.” Here, Buber’s thought slid into a particularly idiotic brand of theology. Thinking that one’s suffering will shortly be redeemed and eliminated may be a way to cope with pain, whether the pain of a Trump or a Clinton presidency, or any other kind of pain. However, this kind of coping mechanism inexorably leads to huge questions that I and Thou did not, and could not, answer. Why is suffering necessary for theophany, anyway? Why this much suffering after November 9 (and before), and not one iota less? Why affirm existence in a world that entails so much suffering, anyway? And as soon as a reader of I and Thou is done scribbling these questions in the margin, she realizes that the book has come to an end and Buber has done nothing to answer such questions. Trying and failing to justify one’s hope (Buber’s sin against thinking) is a lesser sin than not trying at all (Brooks’s sin), but it is a sin nonetheless.


The works that Buber wrote after 1923 have possibly better answers to these questions, answers that don’t flirt with nihilism—or with that point where nihilism and fideism meet—quite so openly as I and Thou does. Sam Brody, a professor at the University of Kansas who is a fellow this year at the Katz Center, will shortly publish a book that focuses on Buber’s later political thought, showing (in his words) “what might result from de-centering I and Thou as the keystone of Buber’s work.”  If I understand Brody right, the result is a far more activist and revolutionary Buber than scholars had anticipated.  If David Brooks were to read this Buber, he might become unrecognizable to his readers at the Times.  If Jews were to read it, they might acknowledge the limit of the ballot box, leave their pews and AIPAC or J Street meetings, organize, and go out into the streets. 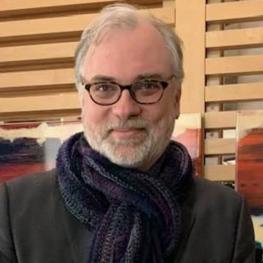 Martin Kavka is Professor of Religion at Florida State University. His primary research interest is the discourse of modern Jewish philosophy.