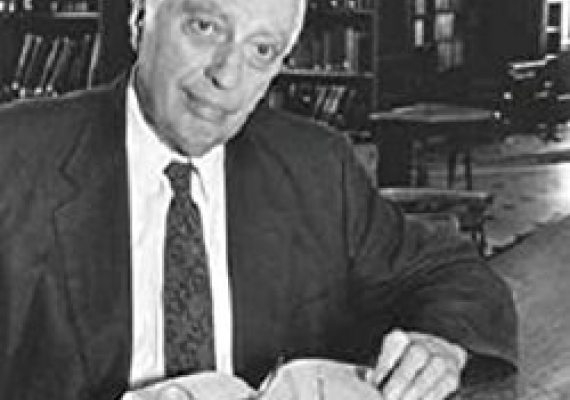 Prominent Princeton scholar of Islamic history and controversial orientalist Bernard Lewis died on Saturday May 19. Lewis’s storied career touched our own history. When the Center’s forerunner, the Dropsie College for Hebrew and Cognate Studies, was transformed into a center for advanced study, it was done so with the backing of philanthropist Walter H. Annenberg. The newly dubbed Annenberg Research Institute for Judaic and Near Eastern Studies made its home in our current Independence Mall location, and named Bernard Lewis as its first president in 1988. Though his stay was brief, his appointment signaled the emerging prominence of Judaic studies, as well as the institute’s commitment to seeing Jewish history in the context of its Muslim and Christian neighbors. The Center is proud to have inherited this legacy, and marks Lewis’s passing with sadness and respect.

Read Brian Murphy’s May 19 obituary in the Washington Post here.