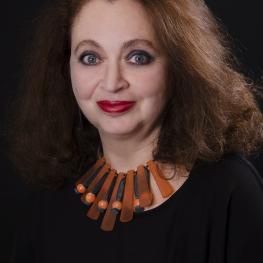 Liliane Weissberg is the Christopher H. Browne Distinguished Professor in the School of Arts & Sciences, and Professor of German and Comparative Literature at the University of Pennsylvania. She researches late eighteenth-century to early twentieth-century German literature and philosophy. Much of her work deals with German Jewish studies, but she has also written on the German Enlightenment, European and American Romanticism, German realism, and visual studies. While at the Katz Center, she will analyze Freud's apartment and office complex as well as Freud's neighborhood, Vienna's Ninth District (Alsergrund).

Weissberg received her PhD in Comparative Literature from Harvard University. She has previously held fellowships at the Katz Center, the American Academy in Berlin, Ludwig Maximilian University of Munich, and Oxford University, among others.

“Building Resilience”: Negotiating Experiences of Home and Belonging along the Border of Israel and Gaza >